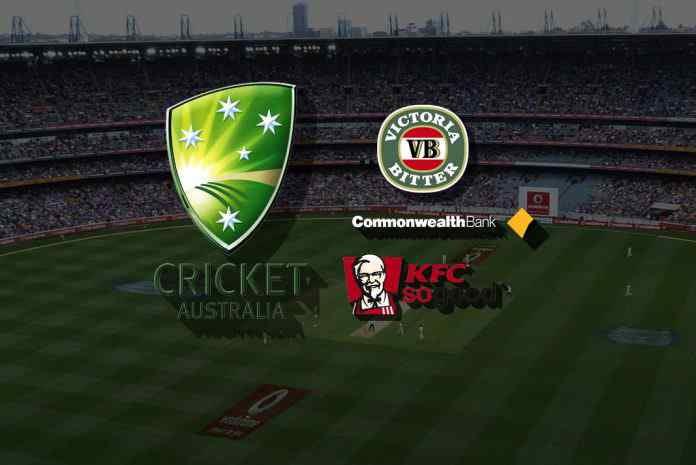 The cricket pay war is set to get ugly for the Australian Cricket Board. The next his is coming from the the sponsors, the financial backbone of the game and the board. The corporate partners are feeling the jolt of the dispute. As a result, upcoming Test summers, including the Ashes, still remain without a sponsor.

Key sponsors KFC and Toyota are wary about failure of administrators and players to come to a speedy resolution. Big Bash League title sponsor KFC, which pays around $3-$4M each year to Cricket Australia, is of the opinion that the uncontracted players now will be on the lookout for new endorsement deals with corporate rivals.

“The dispute between Cricket Australia and the Australian Cricketers’ Association is unfortunate and one we hope will be resolved amicably as soon as possible for the benefit of the game,” The Daily Telegraph has quoted a KFC spokesperson as saying.

Australian fast bowler Mitchell Starc has signed a sponsorship contract with an Audi dealership, which could prove the first of many similar deals in weeks to come. However, such an agreement will not please Cricket Australia’s automotive category sponsors Toyota. And it is expected that several other players will sign third party commercial deals in the absence of Cricket Australia contracts. 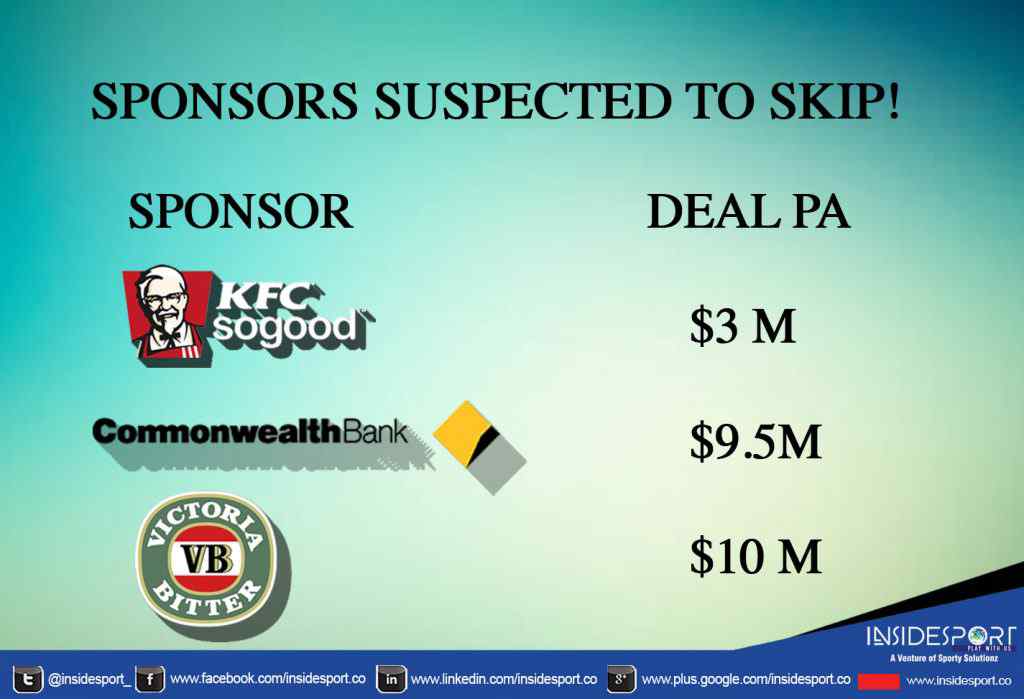 Two weeks ago, Commonwealth Bank Australia decided to redirect their finances to the women’s cricket team and the Test series naming rights were left vacant. On the other hand, Carlton and United Breweries ended its sponsorship deal for ODIs. The Australian estimated that CBA had paid in the region of $50m for its four-year sponsorship of Test cricket, while longtime backer CUB kicked in approximately $65m over five years. While, no clear contenders have emerged for ODIs and T20I deals, Magellan emerged as the surprise contender for Test series. But the asset management company is considered unlikely to ink a deal until the pay dispute is resolved. That leaves Cricket Australia without a sponsor for the upcoming Test and one-day international summers.

In addition to the scramble for major sponsors, CA is facing serious hurdles in its attempt to sign a lucrative TV rights deal. At times in the last 18 months they had hoped this sum would push the $1bn mark for a five-year agreement, but the financial troubles of Big Bash League broadcaster Ten and a flatlining commercial TV landscape have added unwelcome commercial pressure on CA.

Most pressing of all for Australian administrators is the looming spectre of a cancelled Ashes tour. Last week, the ECB confirmed in a statement to ESPNCricinfo that unless CA and the players’ association reached a new agreement, England would not travel to Australia for the marquee series. CA responded swiftly, saying they are “100% confident that the Ashes will go ahead”.

According to an ESPNCricinfo report, prior to the 30 June expiry of the MoU Australian players were warned by CA team performance manager Pat Howardthat they faced six-month bans for participating in unsanctioned matches, and that they were not to sign sponsorship deals that conflicted with CA’s commercial partnerships. News of Starc’s Audi deal indicates that key players are willing to defy CA’s demands until a new pay deal is signed.