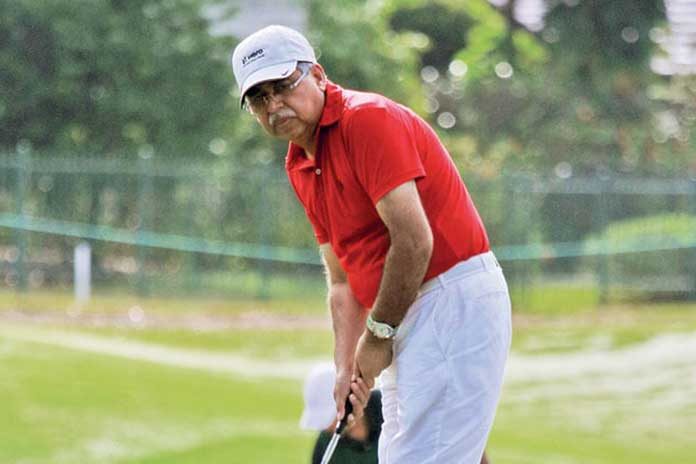 The highest honour in the Asia Pacific Golf industry will be bestowed upon one of India’s most illustrious captains of industry and a great supporter of sports around the globe.

Dr Pawan Munjal, the Chairman, Managing Director and CEO of Hero MotoCorp – the world’s largest manufacturer of motorcycles and scooters – will be inducted into the 2019 Asia Pacific Golf Hall Of Fame.

Dr Munjal co-hosts the ‘Hero World Challenge’, at Albany in the Bahamas, a PGA sanctioned Tiger Woods invitational event – one of the most high-profile golf tournaments in the world. He also hosts the ‘Hero Challenge’ – the innovative one-hole knockout contest played under lights, at three prominent European Tour events.

Dr Munjal is being inducted to the Hall of Fame for his unparalleled support and ongoing commitment to golf in India and around the world since more than two decades. His personal commitment to golf has seen Hero MotoCorp being a partner of all three prominent tours – The PGA Tour, The European Tour and the Asian Tour.

Announcing this Mike Sebastian, CEO of the Asia Pacific Golf Group, the owner of the Asian Golf Hall of Fame, said “It is really an honour to be able to recognise Dr Pawan Munjal and to bring him into the elite fold of some of the greatest names in golf. Besides his wonderful support of golf, the induction of Dr Munjal serves as a recognition of his invaluable contributions to nation-building and his strong commitment towards socio-economic development of India and in many other parts of the world.”

His induction into the Asia Pacific Golf Hall of Fame will be permanently installed at the Dr. David Chu Golf Museum at Shenzhen in China, the new home of the Hall of Fame.

The induction ceremony will be held on November 6th at the 2019 Asian Golf Awards Gala Banquet, to be held at the multi-award winning DLF Golf & Country Club in Gurugram, India.

Dr. Munjal has also always been a keen supporter and promoter of golfers around the world. Top Indian golfers such as Anirban Lahiri, Shiv Kapur and Sharmila Nicollette are supported by Dr Munjal and have been brand ambassadors of Hero MotoCorp. Legendary golfer and 16-time major winner Tiger Woods is the Global Corporate Partner of Hero MotoCorp.

In addition to Golf, Dr Munjal has also been one of the biggest promoters of football, field hockey and cricket in India and around the globe.

Dr. Munjal is one of India’s foremost corporate leaders, championing growth, socio-economic progress and technological innovation. Under his leadership, Hero achieved the coveted title of World’s No. 1 two-wheeler company (in terms of volume sales by a single company in a calendar year) in 2001 and has successfully retained this position till date, for 18 consecutive years now.

Hero MotoCorp commands well over 50% share in the domestic motorcycle market in India and has sold over 90 million motorcycles and scooters in cumulative sales so far.

Dr Munjal has led Hero MotoCorp in its rapid growth as a truly multinational company with its global footprint spanning across 37 countries in Asia, Africa and South and Central America. The Hero family of people comprise a cross section of nationalities from different countries, including India, Germany, France, UK, Japan, Italy, Austria, Colombia, Bangladesh and the United States of America.

In keeping with Dr Munjal’s vision of making Hero MotoCorp a technology powerhouse, the Company has set up a world class, state-of-the-art research, design and development centre called the Hero Centre of Innovation and Technology (CIT) at Jaipur in the northern Indian state of Rajasthan. More than 600 engineers from around the world are engaged in designing and developing mobility solutions for customers in markets across the globe.