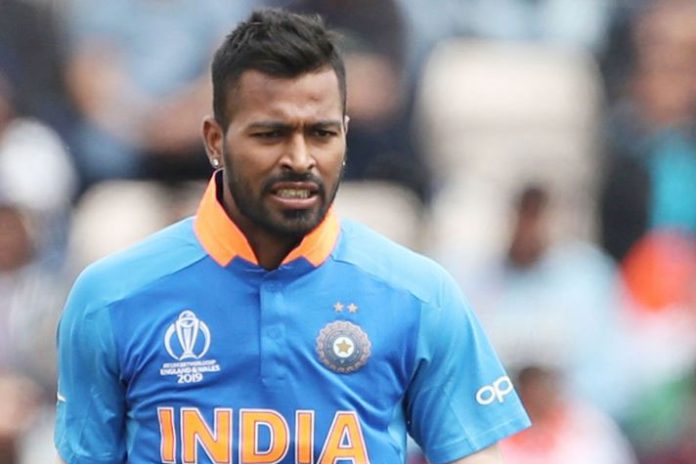 All-rounder Hardik Pandya’s parents have expressed happiness over his performance in India’s match against Pakistan on Sunday in the ongoing ICC Cricket World Cup.

Prior to it, Hardik had smashed a quick-fire 48 off 27 balls against Australia last week which was also won by India.

His Vadodara-based parents along with 15 other family members watched the India-Pakistan match on TV at their residence here on Sunday and they all erupted in joy after the country’s win.

“We are happy that our son played with controlled aggression to help India win the match. I always knew he had the potential to be a good cricketer and he proved it. I feel he has a great role to play in future for the Indian team,” the cricketer’s father, Himanshu Pandya, told PTI on phone.

He said the runs scored and the wickets taken by his 25-year-old son were “the best moments of his life”.

“I am very happy to see Hardik cementing his spot in the Indian side on the back of some brilliant performances,” he said.

Himanshu Pandya and his wife shifted to Gujarat’s Vadodara city from Surat some years back to facilitate better training facilities for their two sons – Hardik and Krunal, who has also played for India in T20s.

Hardik’s mother Nalini Pandya was also overjoyed at his transition to the international platform.

“He has reached there only because of his passion. I have no words to express my happiness,” she said.