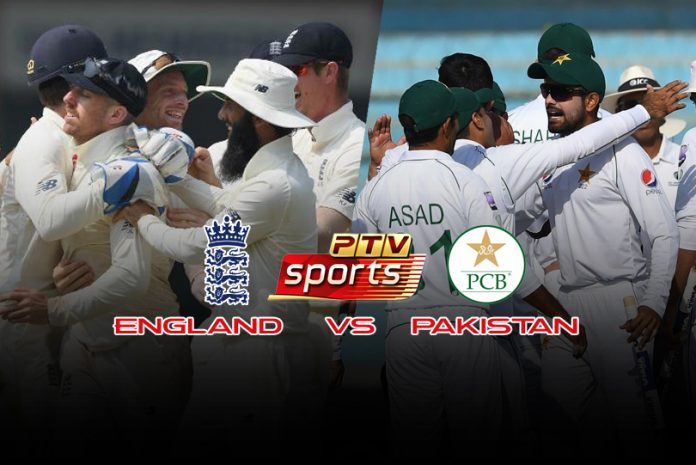 The sports network of the national broadcaster in Pakistan, PTV Sports is unlikely to broadcast the historic Pakistan tour of England. Reason, Sony Pictures Network (SPN) the rights holder in the Indian Sub-Continent region for the England Cricket Board rights holder is not ready to release the rights to PTV Sports due to pending dues.

PTV Sports reportedly is going through major financial crunch and is in default of payments for some previous contracts.

Pakistan tour of England : PTV ‘unlikely’ to broadcast the series

Pakistan team is currently on tour of England and is scheduled to play 3 match test series followed by 3T20 games series. But PTV Sports is unlikely to broadcast the series. This does not mean that the cricket fans in Pakistan will be deprived of live telecast of the series. The tour will be broadcasted on cable and satellite network Ten Sports Pakistan.

PTV according to the reports had put in a request with the Pakistan Cricket Board (PCB)  to intervene and help them in getting the broadcast rights of the series. But the national cricket board has refused to mediate in the matter. It is worth noting that SPN is the incumbent rights holder for the PCB. As the Pakistan board is scheduled to hit the market with the fresh cycle of rights for licensing, according to the reports, PCB does not want to disturb their relationship with the broadcaster.
PTV Sports in last 12-18 months have defaulted on the rights payments not only with SPN but also with other rights portfolios. The national broadcaster from Pakistan also had a contract with Star’s subsidiary in Dubai for the ICC Rights portfolio. But according to the sources delay and default in payments on the same also have resulted in relationship being stalled currently.
Other than this PTV Sports is yet to clear the pending amounts for the world body of Hockey for the last World Cup rights. InsideSport has information from its sources that even after repeated attempts by FIH to knock the doors of PTV Sports, the broadcaster is yet to clear the amounts pending since last few years.
In middle of this entire financial crunch, it is unlikely that PTV Sports will be able to broadcast the Pakistan tour of England and million of Pakistan cricket fans who can’t afford PAY TV connection will be deprived of cricket action that begins at Old Trafford Stadium on 5th August.