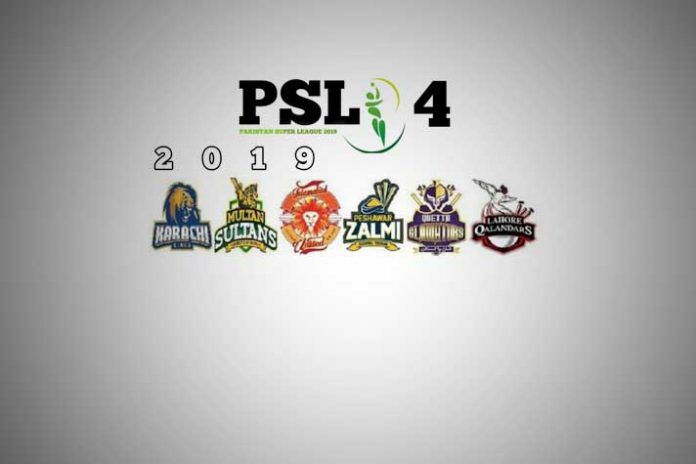 The Pakistan Cricket Board has released the schedule, venues and timings for the Pakistan Super League 2019 edition. The PCB’s professional league’s fourth season will kick-start from February 14 in UAE.

The last 8 matches of the PSL 4  have been scheduled in Pakistan with the final to be played in Karachi on March 17.

Here is the complete schedule of the PSL 2019. 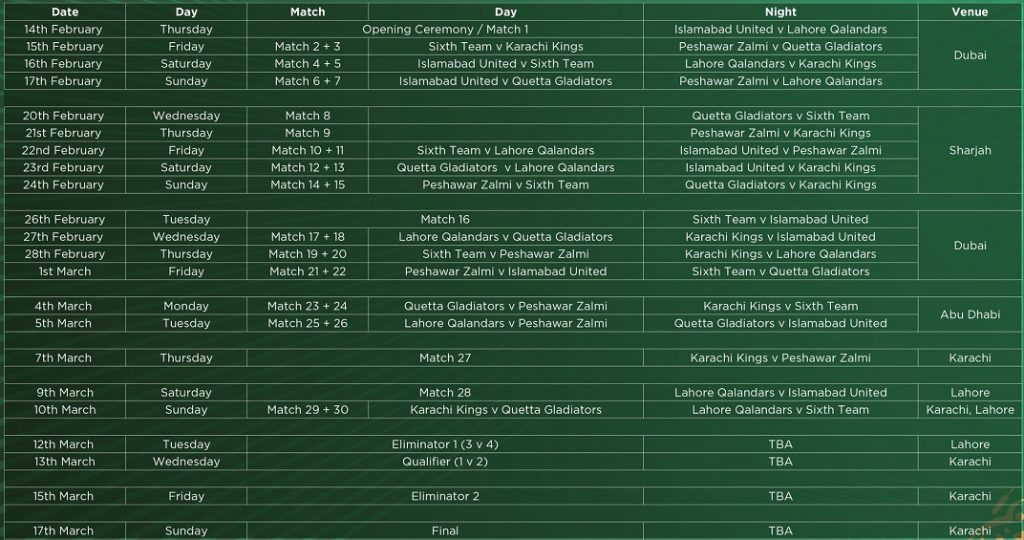 The PSL Season 3 this year had three games played in Pakistan, including the final in Karachi and two other playoffs in Lahore.

The League had seen six teams fight it out for the top honours, with each of the sides featuring in a two-leg round-robin league. Every team played 10 games and at the end of the league stage of the competition, the top four sides played in a playoff. The third season of the PSL was won by Islamabad United who defeated the Peshawar Zalmi in the final.

The number of teams in the PSL 2019 are expected to remain the same which means the number of matches in the PSL 4 schedule will also remain pegged at 34. More information on the PSL fixtures will be released at a later date.

Last season was the first ever edition featuring six PSL teams instead of five and each side played each other twice. That accounted for a total of 30 matches during the league stage of the competition. This was followed by the playoffs. The top two sides in the group stages of the competition clashed first up, with the winner qualifying for the final. This was then followed by an Eliminator, with the losing team bowing out and the winning side taking on the losing team from the first Qualifier. This third match, also an Eliminator, will be played followed by the final.