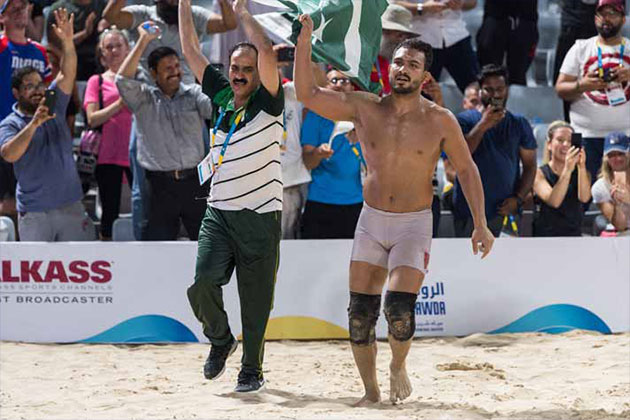 The two-time Commonwealth Games champion had vowed to showcase Pakistan as a “sport loving and friendly nation” at the first edition of the multi-sport event.

The experience on the sand of the 2016 Asian Beach Games champion shone through as progressed through to the final.

There, Inam faced the challenge of Georgia’s Dato Marsagishvili and completed his impressive competition by winning 5-2 to clinch gold.

It was mixed fortunes for Georgia in the two men’s finals, Levan Kelekhsashvili succeeding where Marsagishvili had failed.