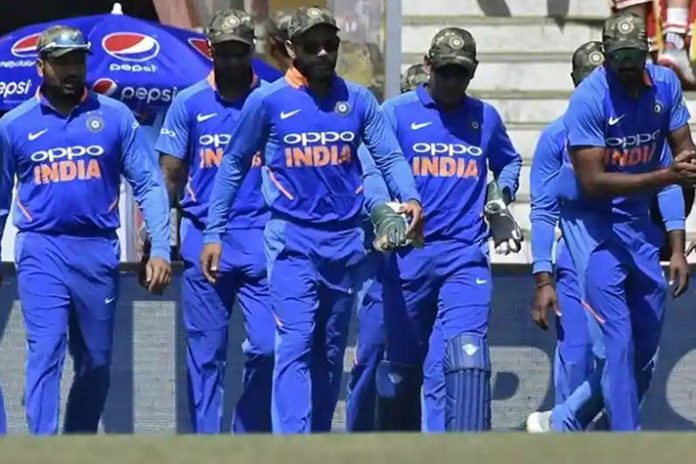 Pakistan’s guilt is coming to the fore as the Indian cricket team paid homage to the martyrs of the Pulwama attack, carried out by terrorists harboured by the State of Pakistan. Virat Kohli and his teammates have supported camouflage army caps during the third One Day International against Australia at Ranchi on Friday.

As a mark of respect to the CRPF jawans who lost their lives in the Pulawama terrorist attack, Indian cricketers sported the Army cap and also donated their match fee for the welfare of the families of the martyrs.

Taking an exception to the gesture, Pakistan Foreign Minister Shah Mehmood Qureshi said the International Cricket Council must do something about it.

“The world saw that the Indian cricket team wore military caps instead of their own. Did ICC not see this? We think that it is the ICC’s responsibility to take notice of this without the Pakistan Cricket Board (PCB) bringing it up,” Qureshi was quoted as saying by Pakistan media.

India had lost the match by 32 runs but still lead the five-match series 2-1.

“And if the Indian team will not be stopped, Pak cricket team should wear black bands to remind The World about Indian atrocities in Kashmir,” Chaudhry wrote.

The minister urged the Pakistan Cricket Board (PCB) to lodge a formal protest against India with the sport’s world governing body. At least 40 CRPF personnel lost their lives in the suicide attack on February 14, the responsibility of which was taken by Pakistan-based terror outfit Jaish-e-Mohammed.

As the objection comes in from two Pakistani ministers, isn’t is a case of a State interfering with sports in another country.