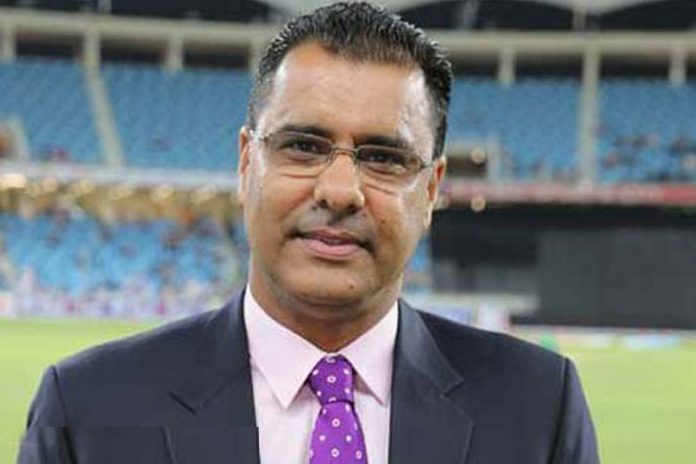 Fast bowling great Waqar Younis feels that it would be foolish to write off Pakistan after a crushing defeat at the hands of the West Indies in their World Cup opener at Trent Bridge on Friday.

However, it doesn’t meant that Pakistan’s poor start to the tournament can be justified by comparing it with their run in 1992 when they scripted a sensational turnaround to win their maiden World Cup till date, said Waqar.

“You have to remember that this World Cup is a very long tournament. There is a lot of cricket still to be played and it would be foolish to write off this Pakistan side after their defeat to the West Indies,” wrote Waqar in a column for the ICC.

“You have to give credit to the West Indies for the way they used the short ball to pepper the Pakistani batsmen,” he said referring to Pakistan’s 105 all out after they were asked to bat first.

“Andre Russell in particular was outstanding with those first three overs that he bowled at the top of the order. He may have only taken a couple of wickets, but it was his short-pitched barrage that showed the way for the rest of their attack.”

The 47-year-old reasoned why there is little point in harping over the unpredictability of the Pakistan team.

“A lot has been said before about Pakistan’s record in the past, the unpredictable nature of this side.

“They lost heavily in their first game in 1992 and bounced back to win that tournament after all. But we cannot really dwell on what happened 27 years ago. Winning the 2019 tournament is going to take some doing this time around.

“A defeat like that damages the confidence and we need to make sure that we take our time to try and bounce back, think positive and turn the ship around.”

Pakistan have a massive challenge in their next game as they take on hosts and tournament favourites England at Trent Bridge on Monday. England had blanked Pakistan 4-0 in an ODI series ahead of the World Cup.

“You have got to stay very calm. Everyone will be hurting in the dressing room at the moment so it is important to come back tomorrow with fresh eyes. They need to look inside themselves and try and find some solutions. We will have to learn from this defeat, in a way that we failed to during the match,” said Waqar.

“Mohammad Amir was probably the big positive from the day. He picked up a couple of wickets which will be good for his confidence. As a guy who was originally left out of the squad and then brought back in, it is important that he feels good about himself.

“He is a wicket-taker, pure and simple, so if he can get it right moving forward then other teams will have to watch out.”

Waqar said bouncing back to win against England is a big ask for Pakistan.

“They (England) have probably never played better, and I think they have all the ingredients to go all the way and end their long wait for a World Cup. And after what happened here on Friday, you can be sure that a certain Jofra Archer will be licking his lips.

“I have loved what I have seen of him so far. He is going to be the man that the world will remember when all is said and done at this World Cup. He has just got something about him, a bit of stardust.

“He is nippy and bowls with that extra bounce and most importantly, he takes wickets. I am sure he will leave a mark on this World Cup and probably on Pakistan on Monday,” Waqar added.