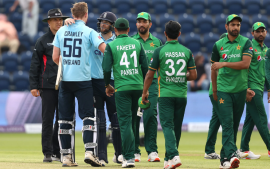 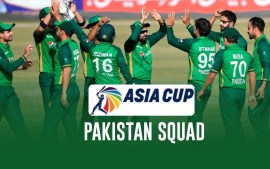 PAK Squad for Asia Cup: No Hasan Ali in squad as Pakistan…

PAK vs NZ cancelled: PCB to suffer millions in losses – The Pakistan Cricket Board (PCB) is set to incur losses in…

PAK vs NZ cancelled: PCB to suffer millions in losses – The Pakistan Cricket Board (PCB) is set to incur losses in millions of dollars due to New Zealand’s last-minute pull-out from the three-match ODI and five-match T20I series citing security threat. With that, the chances of hosting England next month have also gone up in smokes. The Ramiz Raja-led board also expects no compensation from NZC as it believes the “Indian lobby” will prevent any ICC action.

“The ICC has done nothing in these cases. Furthermore, since the Indian lobby is strong at the ICC, so it will not be easy for the PCB to win any case of compensation against New Zealand,” a PCB official told Dawn.

PAK vs NZ cancelled: New Zealand cricket team that was touring Pakistan after 18 years abandoned the tour abruptly minutes before the match after Pakistan police issued a threat advisory of a potential attack on Kiwi cricketers. With New Zealand pulling the plug on the tour, PCB fears that England & Wales Cricket Board (ECB) could also follow suit.

England haven’t toured Pakistan since 2005 and were slated to play in October. But ECB issued a statement on Friday saying that it will announce a decision in the next 24 hours. PCB officials don’t see any hopes of that tour materialising. “There isn’t much hope that England will tour now,” the PCB official said.

PAK vs NZ cancelled: The sources disclosed, with the New Zealand team cancelling the tour, ‘it is inconceivable the ECB board, who meet on Saturday, will allow their men’s and women’s teams to fly to Rawalpindi next month’.

England board on Saturday in a statement said it will take a call soon. “We are liaising with our security team who are on the ground in Pakistan to fully understand the situation.  The ECB Board will then decide in the next 24-48hrs whether our planned tour should proceed,” ECB said.