PAK defeats ZIM: Pakistan won by an innings & 147 runs, whitewashes series 2-0- The visitors on Monday finished off the match…

PAK defeats ZIM: Pakistan won by an innings & 147 runs, whitewashes series 2-0- The visitors on Monday finished off the match quickly as Shaheen took the last wicket of Zimbabwe innings. Pakistan also clinched the series 2-0. Abid Ali (215) and Azhar Ali (126) were stand out players with the bat while Hasan Ali, Nauman Ali and Shaheen Afridi took 5 wickets each in the fixture. The victory also meant that Babar Azam-led Pakistan completed back to back series wins across multiple formats. They had previously defeated Zimbabwe 2-1 in the T20I series.

PAK defeats ZIM: Pakistan spinner Nauman Ali and pacer Shaheen Afridi ran through the batting lineup of Zimbabwe after enforcing the follow on to help visitors get close to a whitewash on Day 3 of the second Test against Zimbabwe. For the hosts, debutant Luke Jongwe showed resistance and forced the play to Day 4. Pakistan need 1 wicket while Zimbabwe is trailing by 158 runs. 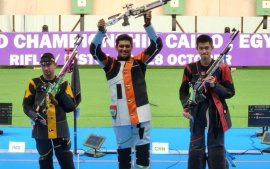 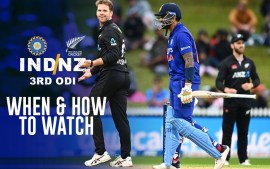