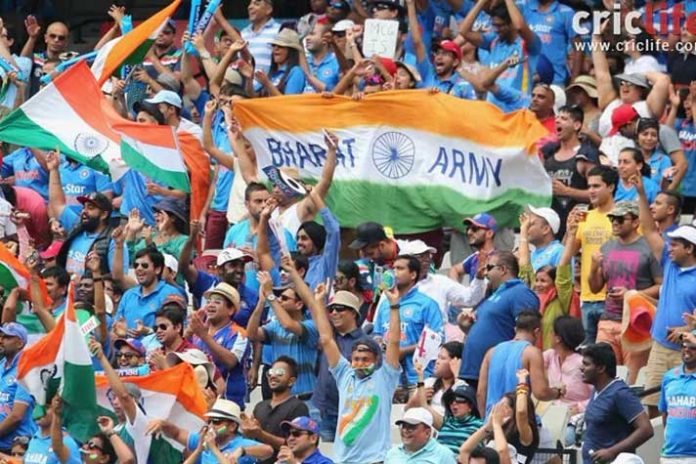 The British High Commission is expecting over 80,000 Indians to travel to England and Wales for the ICC Cricket World Cup 2019 between May and July.

The World Cup in England and Wales will be played between May 30 and July 14. India are scheduled to play their first match on June 5 at Southampton against South Africa.

Considering the unprecedented rush of tourists, British High Commissioner in New Delhi, Dominic Asquith has advised the Indian cricket fans to apply well in time for visas as it might take the High Commission more than 15 days to process the applications.

The peak summer in June and July is the time when the Indian tourists travel to Europe the most. Considering the World Cup 2019 is coinciding with the Wimbledon Championships, the rush may increase further.

The High Commissioner, while terming cricket as a living bridge between India and England, also pointed out that a one third of the total World Cup audience will be from India.

The tickets for the India games have invoked more demand than for any other World Cup matches in the World Cup. The tickets for India’s matches have got higher denomination than the price tag even for the England match tickets.

The India-Pakistan match tickets for June 16 are the most expensive of the entire World Cup.