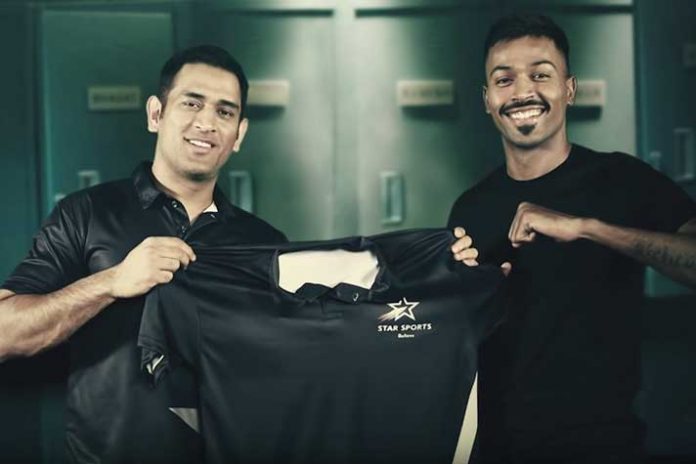 Mahendra Singh Dhoni doesn’t play Test cricket any more. Hardik Pandya was away from the Indian cricket team nursing an injury. But the amazing duo of Indian cricket has teamed up to give an exceptional performance for Star Sports on the brand endorsement pitch.

Star Sports has announced the Hardik Pandya signing with an impressive video, where Dhoni welcomes Pandya into “another team” – the Star Sports team. The duo has performed to the camera with a professional touch akin to their cricketing skills.

The video, courtesy Star Sports, has registered more than one lakh hits within 15 hours of its posting on Star’s facebook page.

Dhoni has earlier performed with aplomb to promote the Vivo Pro Kabaddi League live and exclusive broadcast on Star Sports. India’s leading channel network owns the majority stake in the league under its subsidiary Mashal Sports.

The PKL has emerged from a mid-season slump to perform with better Broadcast Audience Research Council of India ratings than the Australia-India Test cricket for the past three weeks.

Before the formal announcement, the Mahi-Pandya duo has already performed a star act for Star Sports to promote the ₹49 package for the Star India bouquet of channels, including Star Sports.

This is Pandya’s second association with Dhoni on a brand endorsement pitch. The duo has been endorsing the American lubricant multinational brand Gulf Oil.