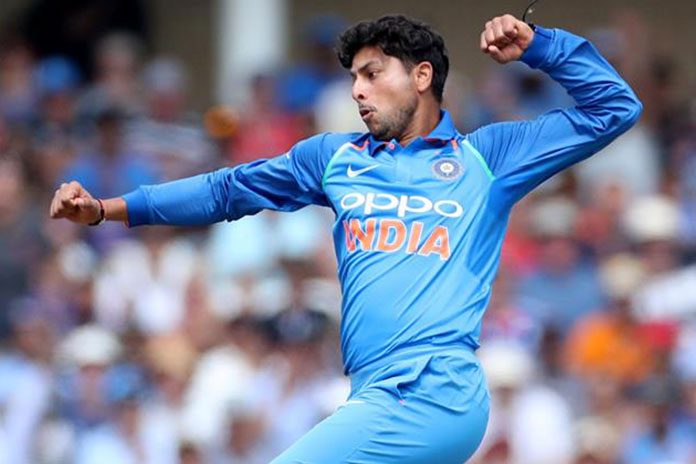 In-form India spinner Kuldeep Yadav hopes he has done enough to stake a claim in the playing eleven for the opening Test against England at Birmingham.

Kuldeep has been on a roll in the limited overs leg of the tour UK tour, amassing 18 wickets in five games including the two T20s against Ireland. He was all over the England batsmen in the opening ODI yesterday, ending the game with a career-best six for 25.

I am hoping to get the Test call, and then let’s see what happens when the squad is announced in the next couple days, said Kuldeep referring to the first Test beginning on August 1.

Captain Virat Kohli has also said that he might be tempted to play Kuldeep and Yuzvendra Chahal in the five-Test series. While Kuldeep has already played two Tests, Chahal is yet to earn the coveted cap in the longest format.

Talking about his sensational spell here, Kuldeep said that he had bowled on concrete wickets in his formative years, and to get turning tracks in England was working well for him.

Whatever cricket I played growing up, I played on cement wickets. I used to turn the ball on those surfaces so I am very grateful to be playing on turning tracks now. I feel very lucky, said the elated spinner.

But, it is not just about the surface, and you should also have the ability to turn the ball. If your finger position is right, you are putting in the body effort, pivoting well and then the finger release is good, then the ball will turn. If it is turning on cement wickets, then it will definitely on such wickets (in England).”

Kuldeep is enjoying the English summer so far, wherein he also picked 5-24 in the first T20I at Manchester. But he went wicketless in the second T20I at Cardiff, and was even left out in the deciding game at Bristol.

He pointed out that the latter was down to team selection owing to a grassy pitch, and that he didn’t really do anything different since the Cardiff game.

Short boundaries (like in Bristol) have never made a difference for me. That wasn’t the reason, but the wicket had a lot of grass. It looked like a batting wicket. The coach said maybe we’d have to play only one spinner because fast bowlers have to play. Plus there were new players as well who needed to be given a chance. But it is a good thing I didn’t play and that’s why today the performance was good, he said.

England had prepared against Merlyn, the spin-bowling machine, during the T20I series. But the hosts are now in a pickle because of the short turn-around time to the second ODI at Lord’s on Saturday.

Yadav said preparing against the bowling machine doesn’t help, because in game time, batsmen have to read spin off the bowler’s hands.

I never bowl looking at who the batsman is. In my mind, I am only thinking about how I can contribute to the team. Sometimes you are not able to perform and then you realise where you have made mistakes or gone wrong. So after the game in Cardiff, I looked at where I went wrong. Maybe I was not able to read the batsmen properly and it happens, he added.

When pointedly asked if the English batsmen are having trouble reading him, he replied, Definitely. I also think we are getting good wickets (to bowl on). Initially I think the wicket was very good to bat and they had scored 70-odd in the first 10 overs. We were hoping for a wicket and at the same time I was looking for a wicket. Luckily, I got three wickets in two overs and that really changed the momentum for us.”