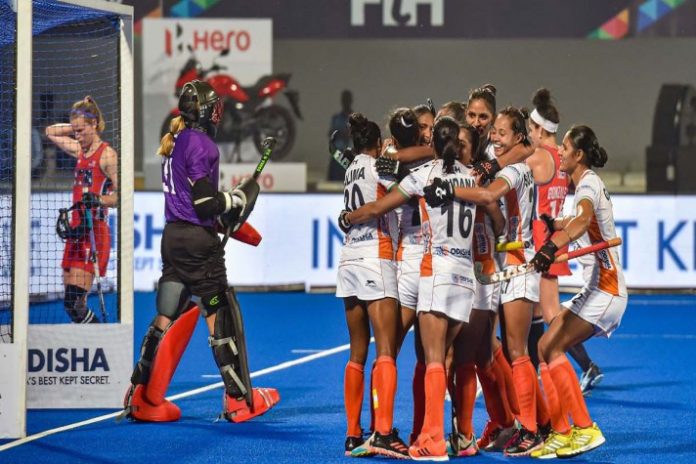 The Indian women’s hockey team sealed its place in next year’s Olympic Games after beating USA 6-5 on aggregate despite losing the second match 1-4 in the double-leg FIH Qualifiers in bhubaneshwar on Saturday.

After thrashing USA 5-1 on Friday, the Indian girls looked a pale shadow of themselves on Saturday as USA raced to a 4-0 lead in the first half, courtesy goals from Amanda Magadan (5th, 28th minutes), skipper Kathleen Sharkey (14th) and Alyssa Parker (20th). India’s vital goal was scored by captain Rani Rampal in the 48th minute.

Indian women have participated in the 1980 Moscow Olympics and qualified again in Rio after 36 years.

This is the second time in a row that they have made it to the tournament proper despite a huge scare after the US led the hosts 4-0 at half-time.

Olympic Hockey Qualifiers LIVE Streaming: When and where to watch India’s men’s and women’s…