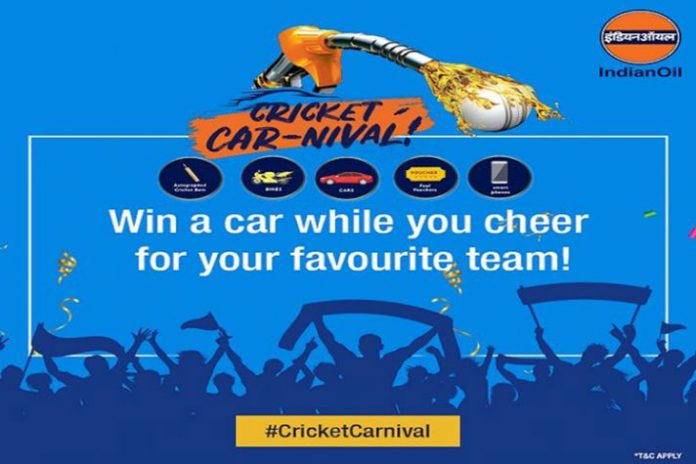 When the brands are queuing up to capitalise on ICC World Cup 2019, public sector petroleum companies in India are not lagging behind to draw queues to their fuel stations with lucrative World Cup campaigns.

Cricket for India is not just about runs, wickets, wins and defeats. It is also not only about high ratings on television broadcast, million dollar media rights and multi-crore rupee sponsorship deals. It also goes beyond the proverbial notion of being a religion. It is a carnival that opens the window of commercial opportunities that the brand world capitalises upon in different ways.

India’s leading petroleum sector public undertakings – Indian Oil and Bharat Petroleum – too have joined the World Cup marketing bandwagon to boost their sales. There are lucrative offers and World Cup 2019 is the common connect to them.

Celebrating the cricket carnival, Indian Oil has come up with the ‘Cricket CarNival’. The campaign offers lucky winners an opportunity to drive home a car, an SUV, motorbikes or pocket a smartphone. The eventual winners will be ascertained by a lucky draw. The opportunity to qualify for the draw comes across the 27,000 Indian Oil retail outlets.

Car owners need to buy fuel worth ₹1,000 and two-wheeler riders for ₹300 to qualify for the lucky draw.

Cricket CarNival is about “Brand IndianOil bonding with customers, both existing and potential”, IOC executive director (branding and communications) Subodh Dakwale has told Times of India. A senior BPCL executive said the company’s social media campaign is not about boosting sales but “creating Brand BPCL’s association with India’s mood”.

Rival PSU, Bharat Petroleum Corporation Limited doesn’t even wait for the customers to drive into their fuel stations. The BPCL is gaining marketing mileage with a social media campaign, just like the other major Hindustan Petroleum with a series of cricket-based interactive campaigns of Twitter and Facebook.

BPCL’s ‘Çrazy Fan Contest’, asking people to share their superstitions about the game, is offering token prizes of up to ₹ 3,000 and ₹5,000. Special match analysis by Kuldeep Yadav, a BPCL employee who is in the World Cup squad, is a big draw. A short clip of a cricket match between two groups of pump attendants dressed in their blue uniform – akin to the Team India’s colour – has attracted 28 lakh visitors.