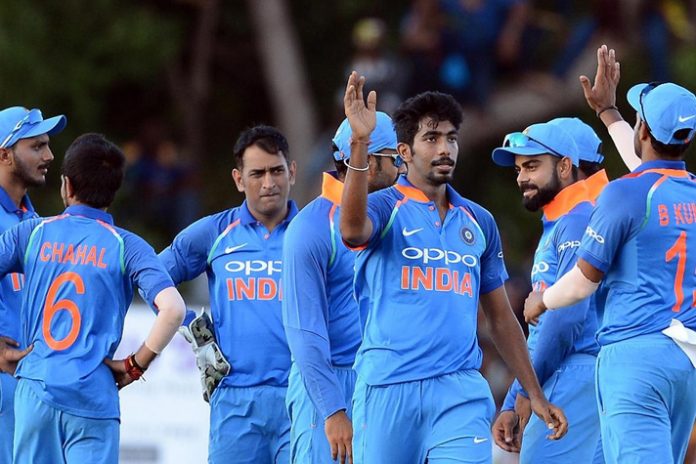 The One-Day International series is crucial for India to consolidate their position in the MRF International Cricket Council ratings in run up top the 2019 World Cup. Even a 2-1 win will see India lose one ranking points and widen the lead with the top-ranked England.

The whitewash will narrow the lead with one rankings points as England currently top the table with 126 points and India are placed second on 121. However, if India lost the series 2-1 they will crash to 119 points, while the a whitewash will reduce them to 117.

As the Men in Blue travel across the Tasmanian sea after completing the Australia tour. As India play five ODIs in New Zealand, win in the next eight matches will put them within the sniffing distance of the No. 1 position in the ICC ODI rankings.

Australia, India, New Zealand, Pakistan and South Africa will be looking  to improve rankings in upcoming fixtures while preparing for the ICC Cricket World Cup 2019.

Meanwhile, Indian skipper Virat Kohli continues to lead the MRF ICC ODI rankings for batsmen with 899 points, while his deputy Rohit Sharma is a close second at 871. Jasprit Bumrah stays atop the bowlers list with 841 points.

India has not played an ODIs series for over two months ever since the home games against the West Indies in October-November last year.

New Zealand leg-spinner Ish Sodhi and fast bowler Lachlan Ferguson have moved up in the rankings after creditable performances during a 3-0 sweep over Sri Lanka in a home series that ended on Tuesday.

The two are now in joint-31st position after Sodhi’s eight wickets in the series helped him climb up 26 slots and Ferguson’s seven wickets lifted him 12 places to a career-best position in the list led by India fast bowler Jasprit Bumrah. Sri Lanka captain Lasith Malinga is another bowler to gain in the latest update, moving up three places to take 46th spot after finishing with seven scalps in the series.

In the MRF Tyres ICC Men’s ODI Team Rankings, New Zealand have retained third position after blanking the opposition. They have gained one point to move up to 113 while Sri Lanka remain in eighth position but have lost one point to drop to 78 points.

Meanwhile, more sides will be looking to move up the rankings while also preparing for the ICC Cricket World Cup 2019 in England and Wales from 30 May to 14 July, with 13 matches scheduled in a period of just over three weeks. India get a chance to close the gap with table leaders England, and South Africa of moving up from their fourth position.

India, who play three matches against Australia and five against New Zealand, could reach 125 points and within one point of England if they are able to win all eight matches while Pakistan need to beat South Africa 5-0 in order to overtake them.