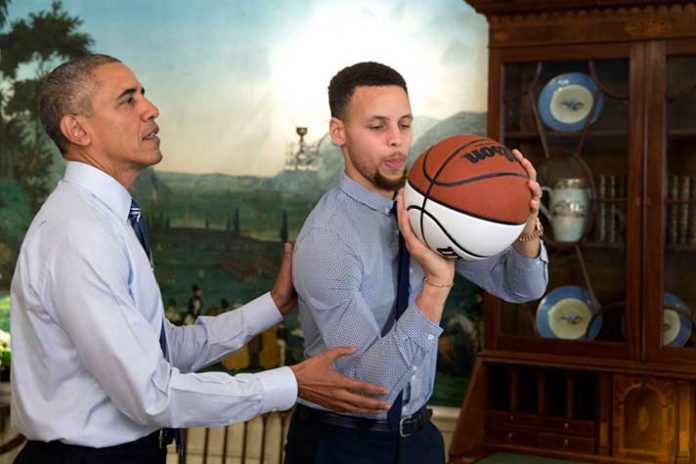 Former US president Barack Obama and NBA star Stephen Curry have appeared in an inspirational commercial video along with Chance the Rapper.

MBK’s recently shared video also features Obama’s 2015 speech, wherein he says, “I want you to know, you matter. There is nothing, not a single thing, that’s more important to the future of America than whether or not young people all across this country can achieve their dreams”.

The video shows Curry at his current team Golden State Warriors’ practice facility echoing some of the words from a video he is looking at. He repeats, “We’re the ones to inspire our generation, to rise up and stand for the idea of opportunity for everyone”.

This was the second occasion for Obama and Curry to come together to promote the MBK alliance. The duo had earlier teamed up in April 2016 to promote MBK alliance.
Obama had launched the MBK as a private sector entity at the White House in February 2014 to address persistent opportunity gaps facing boys and young men of colour.

The alliance works with cross-sector partners to accelerate impact in targeted communities, mobilize citizens and resources, promote the goal of encouraging mentorship, reduce youth violence, and improve life outcomes for boys and young men of colour.

In the fall of 2017, MBK Alliance will cease to exist as an independent non-profit organization, but will continue its critical mission as a core initiative of the Obama Foundation. President Obama has stated repeatedly that the mission of MBK would be part of his life’s work.

The alliance is formed with the vision is to ensure that the US boys and young men of color have equal opportunity to achieve success and prosperity.