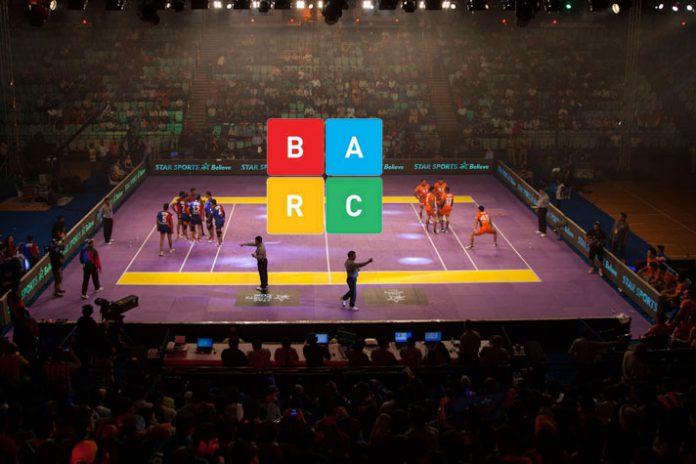 Kabaddi has yet again emerged among the most watched sports on Indian television, next only to live cricket.

Competing with international cricket, two football and a badminton league for prime time eyeballs, the National Kabaddi Championship semi-finals on Star Sports First have emerged as the most watched sports programme after the South Africa-India Cape Town cricket Test on Sony Ten 1 and Sony Ten 3.

The quarter-finals, semi-finals and the final of the National Kabaddi Championships on January 4 and 5 were broadcast live on Star Sports First with Hindi commentary. The Championship was played at Hyderabad between December 31, 2017, and January 5, 2018.

Live broadcast and repeat of WWE RAW on Sony Ten 1 are the only other sports programmes to figure among the top five sports genre shows on Broadcast Audience Reseach Council ratings table for Week 1 in the year 2018 (Saturday, December 30, 2017, to Friday, January 5, 2018). 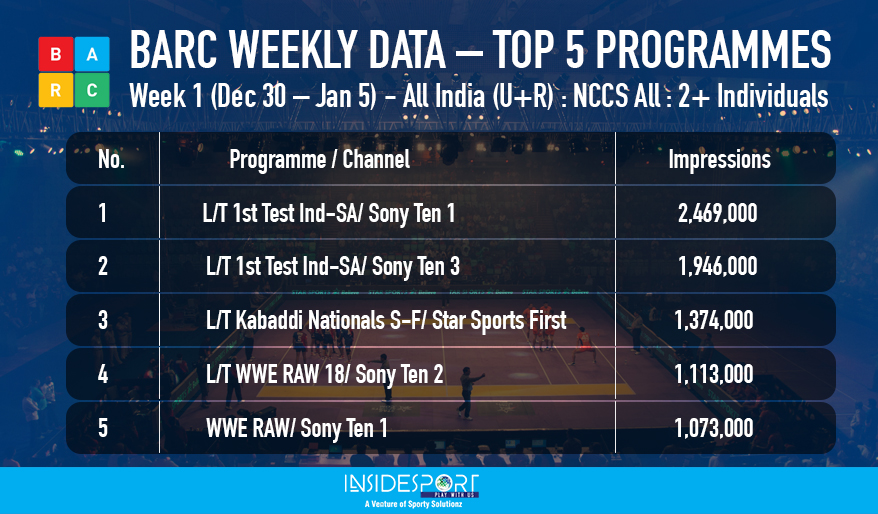 Market and brands are recognizing the commercial strength of the ‘desi sport’. The PKL has already created a record for non-cricket title sponsorship deal for Indian sports when Vivo has committed ₹300 crore for a five-year contract. 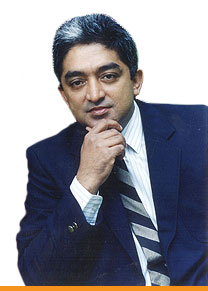 Brand and business strategists and Harish Bijoor Consults Inc. owner, Harish Bijoor hailing the commercial potential of kabaddi told insidesport.co: “I have said two years ago and I repeat the same that kabaddi is the new cricket. There is a hunger for the sport that is ‘desi’, fitness-respecting, quick and short in format and something that anyone and everyone can play. Kabaddi packs this all!”

Riding the grand kabaddi wave, Star Sports First has also emerged as the second most watched channel after Sony Ten 1, which had the advantage of showing premium cricket and WWE content through the week. Sony Ten 1 has been the most watched sports genre Indian channel for the week with 108,891,000 gross impressions. Star Sports First has grossed 75,890 impressions, courtesy National Kabaddi Championships. The top five list also includes Sony Ten3, Star Sports 1 Hindi and Sony Six in the third, fourth and fifth positions respectively.

Star Sports 1 Hindi, in the absence of quality live cricket, has been the major loser for the week. 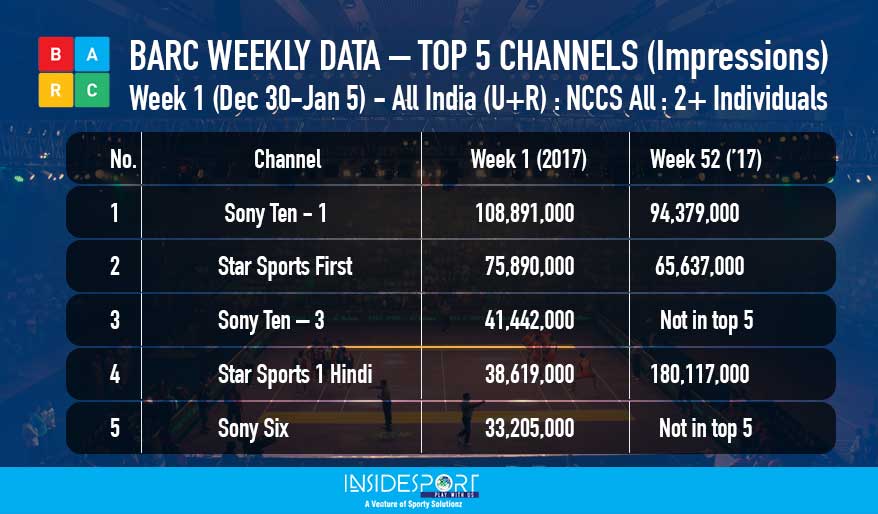 The second week interestingly has no significant cricket content. The sports genre battle for precious numbers will be decided by the badminton and football leagues’ content and WWE. It will be interesting to see how India’s second-rung television sports fare on the tube while competing among themselves.