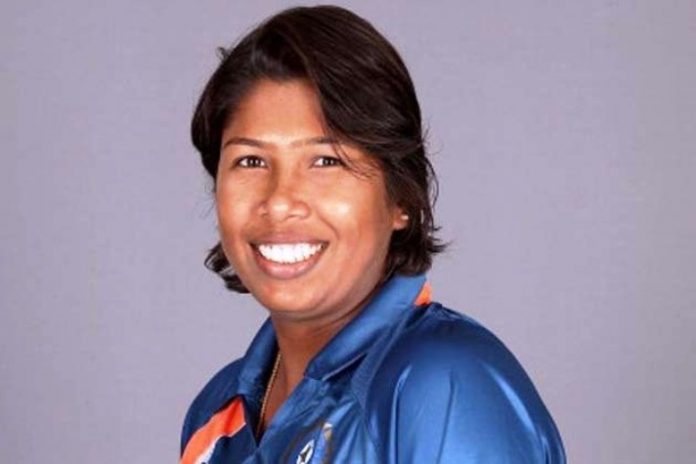 Former India captain Jhulan Goswami is certainly disappointed with India’s World T20 final defeat in the hands of Australia but feels that this is not the right time to do a “post-mortem” of the abject surrender.

The Meg Lanning-led side put up a dominant show to notch 184/4 and in reply, India meekly surrendered for 84 to miss a third world title in front of a capacity crowd of 86,174.

“It’s very disappointing. But don’t forget that they made us proud in this World Cup. But it’s not the time to do a post-mortem. They would be very heartbroken and as Indians we need to stand by them now,” Jhulan told PTI on Sunday.

“I feel very proud for every player in the team. They have done extremely well and made India proud. Remember they had beaten Australia in the group stage,” the legendary pacer said.

The 37-year-old Jhulan said that one important aspect that should be taken into account is the age factor.

“Please do remember that India had the youngest team in the World Cup in terms of average age. There were three players aged between 16 to 19 (19-year-old Jemimah Rodrigues, 16 year-olds Shafali Verma and Richa Ghosh). They will learn a lot of things and they are the future of Indian cricket,” she said.

India were hugely let down big time by their skipper Harmanpreet, who had a forgettable tournament with 30 runs (2, 8, 1, 15 and 4) from five outings at an average of 6.

“In such a tournament, every player has pressure. Maybe, she is going through an inconsistent phase. She didn’t get runs. People talk if you don’t get runs in a big tournament. But we all know what her calibre is. It’s not the right time to talk about her performance.”

Jhulan would rather like to harp on positives rather than picking on Harmanpreet.

“It’s time to see how she led the team despite her poor run. She stood there for the players and fought well. She is obviously a good leader and has led the team from the front. They will definitely come out strong.”

India’s newest batting sensation Shafali Verma dropped a regulation catch off Healy, something that proved to be costly for India.

“She’s just a 16-year-old girl, who made her debut six months ago and she’s now no 1 ranked player in ICC list. We must back her. And missing catches is a part of the game.”

Bengal youngster Richa Ghosh, who made her debut in the preceding Triseries final against Australia, played two matches in the T20 World Cup and made 18 in the final.

“Richa looked very confident. She has a positive intent. I’m really happy for her,” Jhulan hailed.

“Australia have much positive cricket. Obviously their grassroots level cricket much ahead of us. We are slowly getting there. These are all part of a learning process.”

The final, which coincided with the International Women’s Day, also witnessed the highest attendance for a women’s sporting event in Australia.

“It’s a huge achievement for women’s cricket. We must appreciate the Cricket Australia and International Cricket Council,” Jhulan hailed.