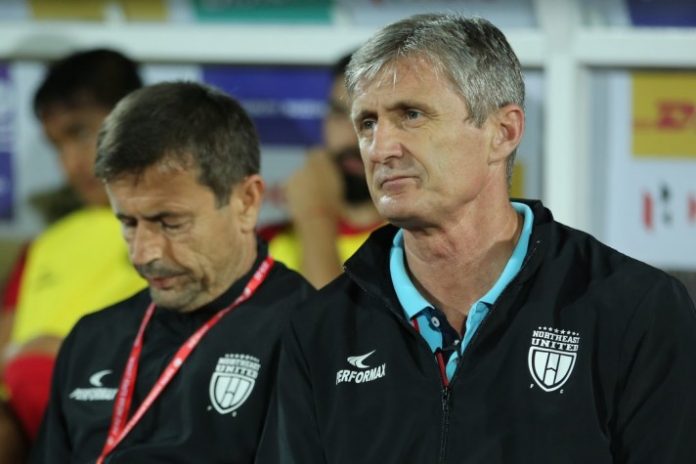 The Highlanders have already dropped off the race for the top four in the Hero Indian Super League (Hero ISL) 2019-20 and will take the field without Jarni at the helm for their three remaining matches. Jarni’s last match in charge was a 3-3 home draw against Jamshedpur FC.

In a statement released, the club said: “NorthEast United FC would hereby like to confirm that the club has parted ways with Head Coach Rober Jarni and his coaching staff through mutual agreement. The decision has been taken keeping in mind the best interests of the Club and our recent performances in the ISL.”

“NorthEast United FC would like to thank Mr. Jarni and his team for their service over the last five months.”

The Club is looking for a viable replacement to bring stability and sustainability to the team. Meanwhile, assistant coach Khalid Jamil will take over as the interim coach for the time being before the club finds a suitable replacement.

The move comes as the Highlanders are languishing in ninth spot in the points table, with merely 13 points from 15 matches in the league this season.

Despite the underwhelming results, however, Jarni’s willingness and courage to give youngsters game time even when the chips are down, have helped unearth several future stars from within the NorthEast ranks.

The likes of Ninthoi and Lalengmawia have particularly benefitted under the Croat’s tutelage as they emerged as silver linings in NorthEast’s otherwise disappointing season so far. While 19-year-old Lalengmawia’s maturity and composure on the ball in the middle of the park has earned plaudits from pundits, 18-year-old Ninthoi’s flair down the wings has been an exciting watch for not only the NorthEast faithful but Indian football fans as well.