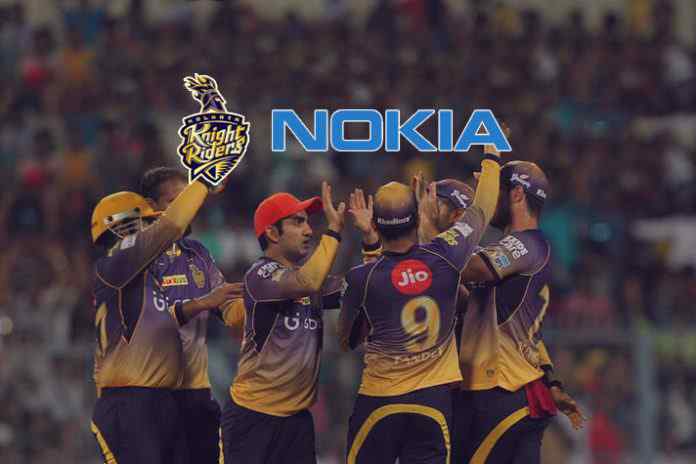 Finnish multinational telecommunications, information technology and consumer brand is back with the Kolkata Knight Riders. After a three-year absence, the mobile handset major has reunited the with Shah Rukh Khan-co-owned Indian Premier League franchisee as the title sponsor.

The two-year deal starts with the IPL 2018 season. Nokia will replace another smartphone brand Gionee.

“Nokia brand and KKR have a history together and we are delighted to reunite the two again. KKR is amongst the most successful IPL franchisees and teams on the IPL circuit and like Nokia brand enjoys a pan India appeal,” HMD Global Vice President and Country Head, India, Ajey Mehta had said. HMD Global designs and sells Nokia brand of smartphones and feature phones.

As part of the association, HMD Global and KKR unveiled the new official team jersey for the 2018 season sporting the Nokia logo, the company said.

Meanwhile, the KKR has revealed its all nine sponsors and six commercial partners for the IPL 2018 season.

KKR start their IPL 2018 campaign on April 8 against Royal Challengers Bangalore, a day after the league starts in Mumbai with the defending champions Mumbai Indians and Chennai Super Kings tie.