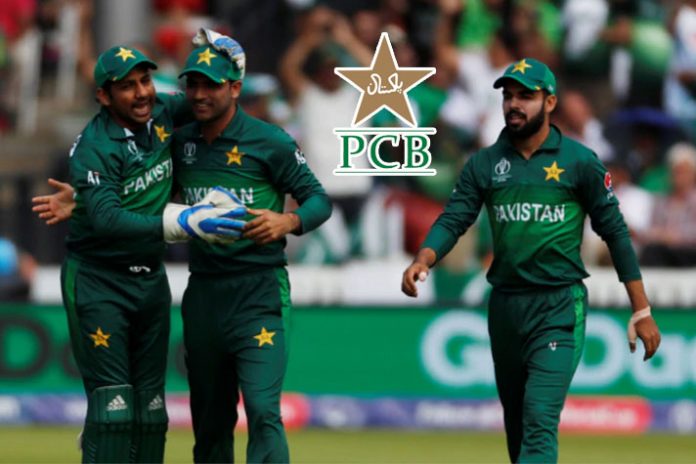 Ahead of the England tour, the Pakistan Cricket Board (PCB) has been struck with a pressing concern as they struggle to find a sponsor for the side. The PCB’s last sponsorship contract which was in association with a beverage company (Pepsi) has already expired and thus the Green shirts has no logo on its training kits.

Pepsi was associated with Pakistan Cricket team for a very long time but decided not to continue with the sponsorship this season.

In fact, head coach Misbah-ul-Haq was spotted sporting an old sweater with the previous sponsor’s logo concealed with a sticker during Pakistan’s training session. The new kits meanwhile, only have the PCB star and nothing else.

Pakistan Cricket Team on tour of England without Team Sponsor

The PCB remains concerned with the lack of interest shown by sponsors, while the board’s marketing department cites the pandemic as the primary reason. However, the facts indicate of a bigger, more serious problem.

It is pertinent to mention here that the board had been unable to find a sponsor for its restructured domestic season and had to eventually foot the bill itself. The Covid-19 was nowhere on the horizon when that had happened.

A PCB spokesperson, however, remains hopeful that they will get a sponsor on board before the beginning of the England series. Players will also receive a proportion from this sponsorship deal, estimated at around Rs.450,000 in Test matches and Rs.225,000 in One-day Internationals (ODIs) and Twenty20 Internationals (T20Is).

The Azhar Ali-led side starts their red-ball expeditions from August 5 in Manchester, followed by the remaining two games in Southampton, starting on August 13 and 21 respectively. Following the Test series, the teams will lock horns in three T20Is to be played in Southampton on August 29, 31 and September 2.