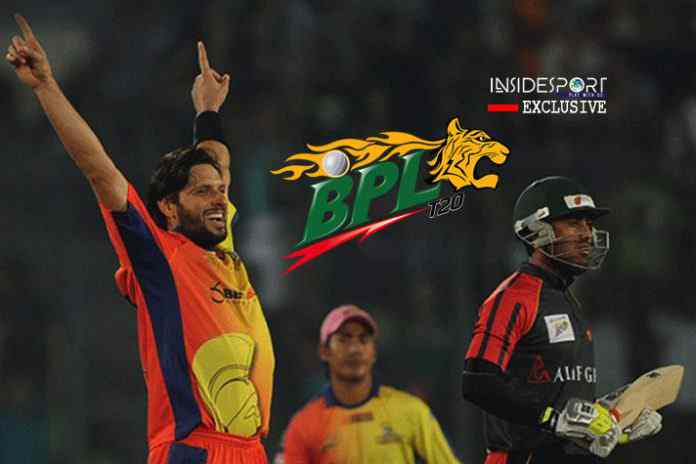 Bangladesh Premier League is set to kick off on November 4, Saturday. But without any international broadcaster. There appears no likelihood either that the matches will be broadcast outside Bangladesh. BPL’s global broadcast rights issue has run into a legal tangle. There seems no quick relief for league owners Bangladesh Cricket Board.

DSport, the Discovery group-owned sports broadcaster, has moved a court in Bangladesh to seek injunction, refraining BCB from broadcasting or granting BPL broadcast rights to any third party outside Bangladesh.

“We have moved the court for arbitrary as well as mandatory injunction. We are contracted with them (the BCB through their media rights syndication agency) for global (broadcast) rights (of BPL). But they did not fulfill certain obligations. We have moved the court for appropriate relief. The matter is sub-judice. Hence, we will not like to comment further,” RC Venkateish, Chief Executive, DSport told insidesport.co.

DSport claimed to have completed a conclusive and binding contract with the BCB media rights syndication agency, Impress Mattra Consortium, to acquire BPL’s global broadcast rights, excluding Bangladesh. The deal reportedly involved a three-year cycle from 2017 to 2019. DSport has accused the agency of not fulfilling its contractual obligations.

DSport on October 8 had served a compliance notice on the IMC through its attorneys in Bangladesh. Copies of the notice were also served to the BCB.

DSport in the notice had alleged that they had entered into a “conclusive and binding contract” with the IMC for the BPL T-20 global media rights (excluding Bangladesh) for the 2017-2019 period. The deal was closed on September 22. The broadcaster had accused the media rights agency of becoming incommunicado after entering a conclusive and binding contract.

The legal notice had called upon IMC to perform its obligations under the contract.

DSport had also sent cautionary notices to various parties across the globe, advising them to not to deal with any other party in respect of these rights. The BCB CEO and the BPL governing council chairman were also appraised in writing about the conduct of their agency.

DSport has urged the BCB and the BPL GC to intervene in the matter for a timely resolution.

The matter is now pending before a District Judge in Dhaka. There appears no early solution in sight. Whatever the outcome, one or the other party will be moving the higher court.