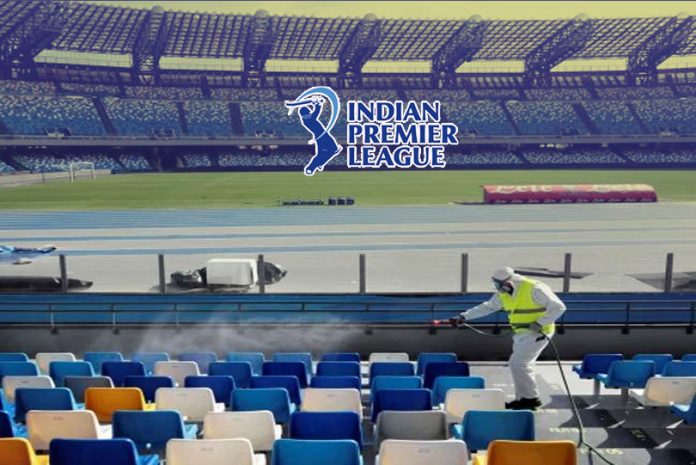 Uncertainty continues to fan speculation about the Indian Premier League 2020. Amidst calls to postpone the league to avert the novel Coronavirus threat, the Board of Control for Cricket in India president Sourav Ganguly has expressed confidence that there is no threat to the IPL 2020. But reports, in a section of media, also suggest that the league games at “high risk centres” may be played in empty stadiums.

The IPL 2020 is scheduled to start on March 29 at the Wankhede Stadium when defending champions Mumbai Indians will take on last year’s Chennai Super Kings. Questions about the match in the business capital is raised by Maharashtra Health Minister Rajesh Tope, who is in the position of power to initiate an action if the Coronavirus threat concerns remain.

“There is always a possible danger of spread when large numbers of people gather in one place. Such events can always be organised later,” digital news platform Firstpost has reported Tope as saying.

Ganguly, meanwhile, had earlier said that there was no threat of a postponement and the BCCI was taking all precautions. “We will take all precautions. I don’t know exactly what are these, it’s only the medical team which will tell us about that. The medical team is already in touch with the hospitals so that everything is available,” Ganguly had reportedly said.

“We are monitoring the situation and will take all the precautions. We will not leave any stone unturned. Everything is in our mind. It is still time for IPL. Do not get panic. As of now, no decision has been taken.”

The BCCI was also contemplating to deploy additional medical teams at the match venues.

Reports meanwhile also suggest that the stakeholders were in favour of closed-door games with no ticket sales to reduce the coronavirus risk of virus spread. If that happens, the franchisees will have to take a big financial hit as the gate collection during the IPL goes up to ₹ 10 crore. It will be interesting to see if the BCCI would compensate the franchisees, who are already miffed with the board’s decision to reduce the prize money purse by 50% and hike the venue charges for the matches.

IPL 2021: Shubman Gill bullish after fairytale comeback in UAE, says ‘KKR will be back stronger’