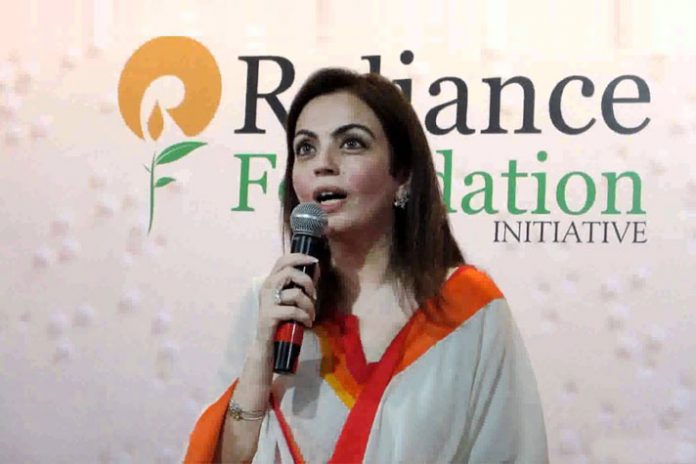 Founder and Chairperson of Reliance Foundation and member of International Olympic Committee (IOC) Nita Ambani today (Monday) called for inclusive growth of sports in school curriculums to herald India as a multi-sports nation.

“I am heartened to say that over 4 million children from 5,000 educational institutes have been impacted by RFYS thus far in last two years, and this season will further widen that impact across the nation reaching 6 million youths.

Reliance Foundation Youth Sports is a step in seeking to build a grassroots sports eco-system with an aim to propel India into a multi-sports nation.

“I strongly believe that education and sports go hand in hand in shaping our youth. RFYS aims to develop a sporting culture in India through the medium of educational institutes. We endeavour to make sports more accessible to the youth of India,” said Nita Ambani.

Speaking about the North East’s contribution to sports in India, Ambani said, “North-East occupies a special place in the heart of every Indian sports fan. It is the home to some of the most recognised international athletes India has produced.

“The passion and enthusiasm for sports here in North East is unparalleled, which is why it is a priority region for Reliance Foundation to tap the vast talent pool here.Our endeavour is to give North East its due as the region has nurtured and cultivated a sporting culture like no other part of India.”

Nita Ambani seeks to build a grassroots sports eco-system in the country that will not only encourage kids and youngsters to take up sport but will also provide every child a platform to nurture his or her talent.