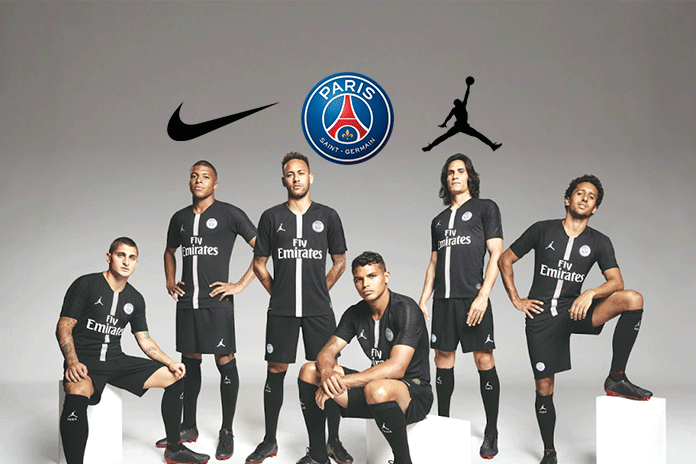 The announcement from Nike has confirmed all the rumours and speculations around the deal that was afloat for a long time also marks the expansion of Nike’s kit partnership with PSG, which runs until 2022.

The first-of-its-kind deal between a basketball brand and a soccer club will see Jordan brand launch its first ever football collection for the Ligue 1 champion club.

The collection debuts this week, with PSG set to sport their new Jordan Brand kits during their UEFA Champions League tie against Liverpool next Tuesday.

Jordan brand’s PSG collection will feature two special edition match kits, co-branded footwear and apparel, with the brand’s ‘Jumpman’ logo appearing on each of the products.

Basketball legend Michael Jordan, said, “Jordan Brand and Paris Saint-Germain share a distinct position in sport and style, so to partner with the club is a natural fit.”

PSG president Nasser Al-Khelaifi, added, “The partnership between Paris Saint-Germain and Jordan Brand reflects the ambition of both brands to combine style, performance and innovation.”

“We share many values with Jordan Brand, which is known worldwide for its sporting heritage and exciting contemporary designs. We believe it is a partnership which will excite our fans, help us to reach new audiences and enhance our global reach.”

The brand has increased its presence over the years in France, opening an official store – Jordan Bastille – in Paris, in 2016 and partnering with the French Basketball Federation last year. PSG star Neymar has also previously worked with the brand

Welcome to the family.