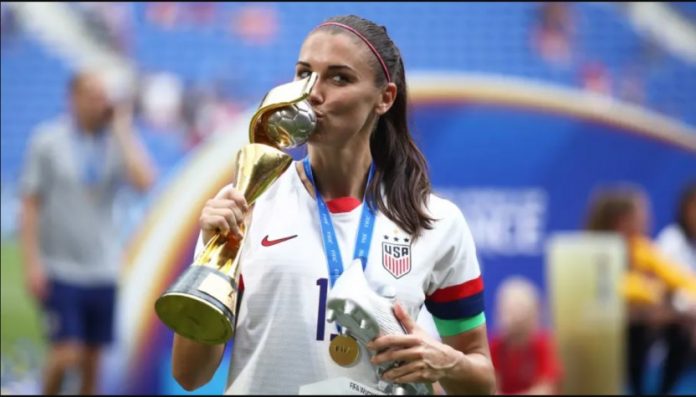 Nike has attributed a part of 7% gain in its business to the brand’s investment in the FIFA Women’s World Cup 2019 team sponsorships.

The US multinational sports and athleisure brand  that supported more than half of the competing teams in the FIFA Women’s World Cup finals, has reported sales of $10.7 billion in the first quarter of the 2020 fiscal financial year.

Nike had sponsored 14 of the 24 teams in the FIFA Women’s World Cup finals – including the winners, America – and claimed 60% of goals scored in the tournament were done so by wearers of the Mercurial 360.

Nike’s chairman Mark Park has attributed sales to “an incredible summer of celebrating female athletes in both footwear and apparel”.

The apparel revenue from the 2019 Women’s World Cup was four times bigger than it was for the 2015 event, whiles international women’s business (outside of the US) grew 16%, business news publication The Drum has reported.

Nike’s women’s business as a whole was highlighted as an area now in “accelerated growth”, alongside performance basketball, international and apparel.

During the Women’s World Soccer brand contest, Nike had 51.3% share of voice in the first 30 days as its last ad, shared via tweet, celebrating the US women’s team’s victory earned a cumulative 323,000 shares and likes from 20.5 million views.

Nike has meanwhile also reported a rise in ‘demand creation’ expenses of 6%, which brought total sales generation expenditures to $1 billion. The company said this was “primarily” due to “higher advertising expenses and sports marketing investments” in the quarter.

Overarching selling, general and administrative expense grew 9%. Chief financial officer Andy Campion attributed the increase to a continued to investment in digital transformation as well as “brand marketing associated with the Women’s World Cup and the Joyride innovation launch”.

Nike now reportedly plans to continue “making more athletes comfortable and confident” as part of its creative strategy heading into next year’s Tokyo Olympics, following the success of spotlighting the lesser-known female footballers.