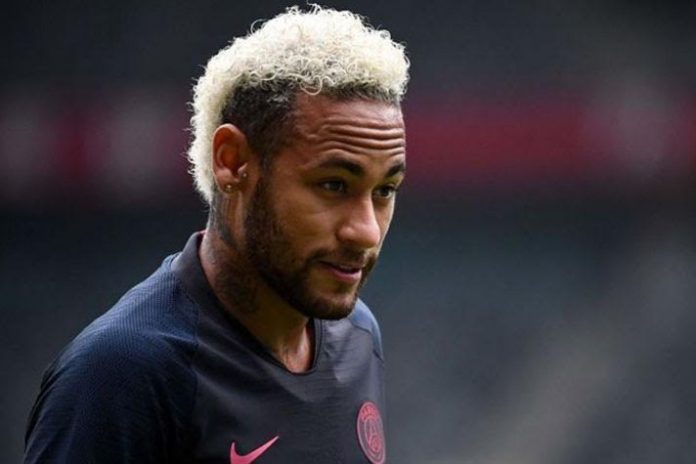 Julian Draxler’s injury-time winner ended Paris St-Germain’s losing start to the Ligue 1 season against Metz – despite the absence of the suspended Neymar.

Reigning champions PSG had lost their opening two league games for the first time since 1984-85 and had not lost three league games in a row since 2010.

Thomas Tuchel’s side had Abdou Diallo sent off after 65 minutes at the Parc des Princes, but German midfielder Draxler’s 93rd-minute header claimed victory for the 10 men.

Tuchel was without the services of world record signing Neymar, who was among five players sent off following an injury-time brawl against bitter rivals Marseille on Sunday.

Paris St-Germain forward Neymar has been banned for two games after being sent off against Marseille – but French football authorities will investigate his accusation of racial abuse.

The Brazil international was the last of five red cards in Sunday’s bad-tempered Ligue 1 match after he hit Marseille defender Alvaro Gonzalez.

Neymar later accused his opponent of racism on social media and urged the authorities to use VAR to investigate. Gonzalez has denied Neymar’s claim.

The other four players sent off have also received bans – with PSG defender Layvin Kurzawa suspended for six matches.

His team-mate Leandro Paredes has been banned for two games – while for Marseille, Jordan Amavi has received a three-match suspension and Dario Benedetto must sit out one game.

The Ligue de Football Professionnel (LFP), the governing body of professional French football, has confirmed it will investigate Neymar’s accusation.

PSG said they will “strongly support” their player, while Marseille released a statement saying: “Alvaro Gonzalez is not racist; he demonstrated it to us by his daily behaviour since joining the club, as his team-mates have already testified.”