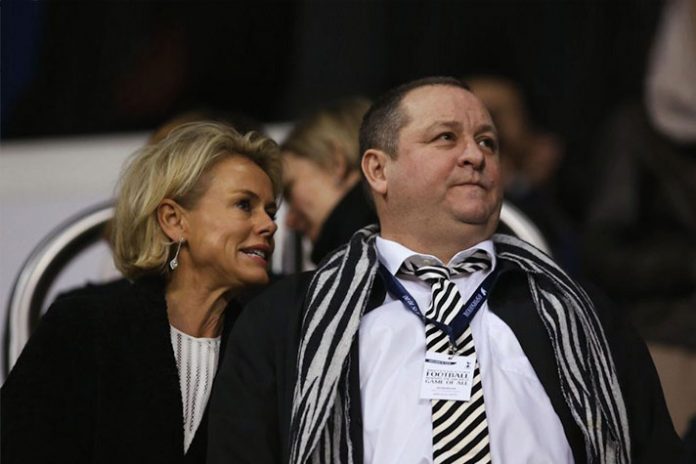 The talks between Newcastle United owner Mike Ashley and Amanda Staveley of PCP Capital Partners over the transfer of club’s ownership have collapsed after the two sides failed to reach a consensus.

The negotiations, which according to various media reports had started around mid-November 2017, had failed to make any progress. This led Ashley to believe that Staveley’s firm has failed to table a serious bid and cannot be trusted as a credible buyer. “Ashley was unhappy with their approach and feels discussions have been a waste of time but the club remains up for sale,” BBC has reported unanimous sources as saying.

Ashley, who bought the club in 2007 for $185.8 million, had expressed the desire sell the club after leading it for 10 years. The club’s financial position has improved a lot as was evident from its latest filing showing a profit of $1.244 million.

Staveley is known for her strong connections with Middle-Eastern and Chinese investors. The UK based business tycoon is known for her chief role in the investment of £7.3 billion in Barclays by the ruling families of Abu Dhabi and Qatar, and by the Qatari sovereign wealth fund, in 2008.

Sources close to Ashley said that he wrongly believed in the seriousness of her intent after she first expressed an interest in takeover back in October 2017. They further added that Staveley has failed to get anywhere near the asking price making him loose his cool.

Official club sources have said there will be no official statement about the collapse of the takeover talks but significantly have not denied those comments are a true reflection of Ashley’s position.