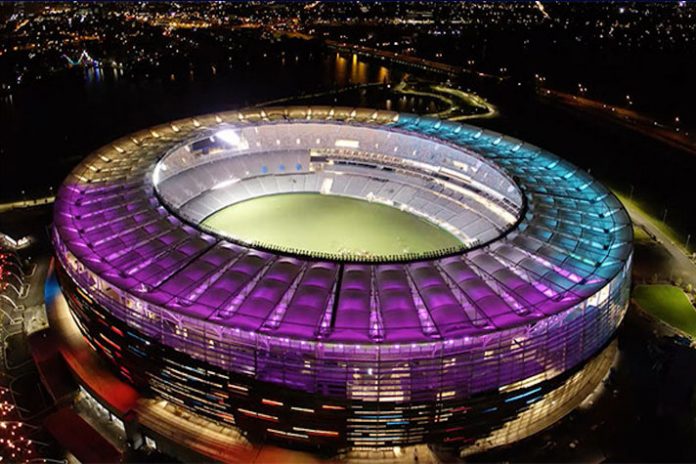 Optus Stadium in the Australian city of Perth has been granted approval by the International Cricket Council to stage international Test, limited overs, and Twenty20 matches. The new 60,000-seat stadium will be inaugurated officially later this month.

Optus Stadium will host its first international tie on January 28 when hosts Australia take on England for a one-day game. The ODI is scheduled a week after the stadium opens to the public for the first time.

Richie Richardson, a member of the Elite Panel of ICC Match Referees and a former cricketer for the West Indies, hailed the venue as “by far the most impressive and well laid out stadium that I have ever visited.”

Richardson added: “The comprehensive amenities, along with the quality and functionality of the facility, surpasses the required standard to host any international cricket match.

“The layout of the stadium provides convenient easement within and around the facility and it is conveniently located within close proximity of the city center. The new Perth Stadium is a wonderful, refreshing world-class stadium, and I have no hesitation in recommending that the venue is approved for staging all three formats of international cricket.”

Peter Tinley, Western Australia’s Acting Sport and Recreation Minister, added: “Richie Richardson is a cricketing legend who has toured stadia around the world so this is high praise indeed.

“Perth will now be able to lay claim to having the best cricket stadium in the world, boosting the city’s ability to attract big-ticket events and more tourists. We are about to embark on a new era for cricket in Western Australia – and this endorsement will travel far and wide throughout the international cricket community, putting Perth on a show to the world.”

Optus Stadium will assume the title of Western Australia’s premier cricket venue from the historic WACA Ground, which is set to be transformed into a boutique ground with a capacity of between 10,000 and 15,000.