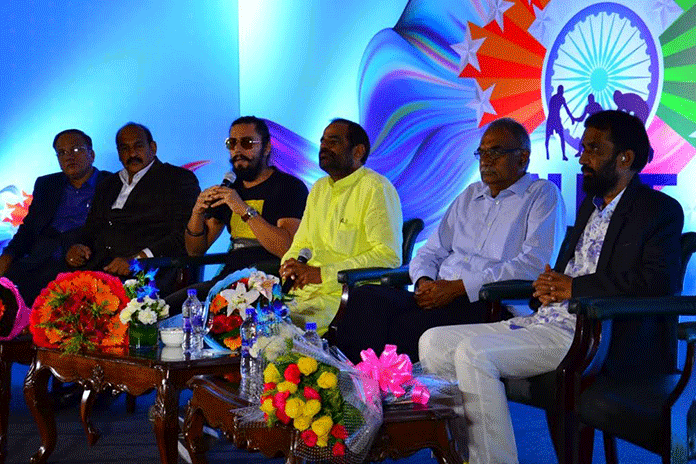 Governance of kabaddi may be paralysed in the country, but the business must go on. New Kabaddi Federation of India in association with DSport has announced a parallel professional kabaddi league – Indo International Premier Kabaddi League – in the country.

The inaugural season of the Indo International Premier Kabaddi League is scheduled from January 26. The NKFI in the presence of film star Randeep Huda and several political personalities from the ruling party, also launched the logo for the league, which the organisers said can peacefully co-exist with the Pro Kabaddi League to “promote the sport” and “support the sportsperson”.

The New Kabaddi Federation of India, the league organisers and owners, will launch a pan-India talent-hunt from October 6 to pick the players for the league draft, slated for January 5. “We are launching the league with the purpose of giving a fair chance to all players, to encourage competition in the interest of the sport. We will also in an unprecedented move offer 20% of the league profit to the players. No other league has ever done it. Ultimate aim is to ensure an Olympic berth for Kabaddi,” NKFI general secretary MV Prasad Babu said the launch of the league in New Delhi today (Wednesday).

The people behind the league were instrumental in ending the almost four-decade-long “dictatorial” reign of the Amateur Kabaddi Federation India top office-bearers, who had to relinquish their posts following a Delhi High Court order. The NKFI, certainly not the designated governing body to govern the sport in India, is promoting the league as a platform for the talent that has failed to find place in the Pro Kabaddi League.

“I have fought the legal battle to break the monopoly of the sports federations, where people have been occupying to offices for the past 30-40 years and misusing their positions. It was important to have them removed to eliminate corruption. The more competition we have in governance of the national federations, State associations or clubs, the better players we will be able to promote. This new league will improve the lives of the players, coaches and sport staff,” said Bharat Nagar, NKFI spokesperson and prominent lawyer.

Discovery Channel co-owned sports broadcast platform DSport will run and operate the league as the commercial partners. “We are delighted to partner with the NKFI to produce and telecast the league on DSport. Kabaddi is a high-paced and high power game. We will ensure that our broadcast quality will bring the sport alive for a wholesome new experience to the viewers,” said Lex Sportel Vision Private Limited MD & CEO RC Venkateish, who heads the DSport business.

The finances for the league, which will offer ₹ 2 crore in prize money for the inaugural season, will be driven by DSport.

The NKFI has tied up with the New Zealand, USA, Afghanistan, Pakistan, Iran, Bangladesh, Sri Lanka, Mexico, Mauritius, Kenya, Iraq and Denmark federation to give an international flavour to the league, which permits each team to have up to three overseas players.