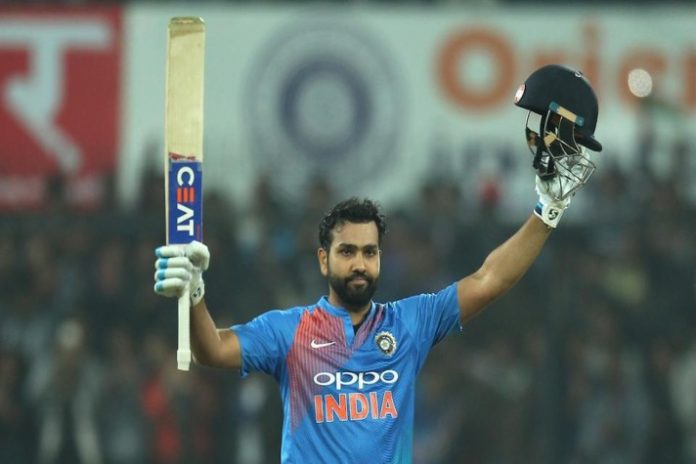 Caught unaware about the Super Over scenario, Rohit Sharma took five minutes to “find” his abdomen guard after the third T20 International against New Zealand had ended in a tie in Hamilton on Wednesday.

The India vice captain said the team had almost given up with New Zealand going great guns at one point.

“Everything was packed. All my stuff was inside my bag. I had to get it out. It literally took me five minutes to find my abdomen guard because I didn’t know where it was,” Rohit said.

“I mean we never thought it would go to the Super Over, the way they were batting at one point. It looked like they could easily win the game,” he added.

Rohit said there is no training possible for Super Over eventualities. In fact, the Indian team wasn’t aware of the Super Over and came to know only after the match had finished in a tie.

Rohit said there is no training possible for Super Over eventualities. In fact, the Indian team wasn’t aware of the Super Over and was made aware of the situation only after the match had finished in a tie.

“I don’t know if you can train for a Super Over. We’ve got a T20 specialist in Bumrah. For him, Super Over or whether he bowls in a T20 match is the same for him. There’s no training required there for him.

“But for the batters, you generally see who’s in good nick on that particular day and you assess and try and get that guy to bat. Probably if I hadn’t got the 60 today, probably it wouldn’t have been me going to face the Super Over. It could have been Shreyas Iyer or someone else.”

Considering their current form, both Rohit and KL Rahul were the best bet for India in the Super Over.

“Super Over you can’t really plan what to do. You have to assess what’s happened on that day. And you send your best players. Bumrah has been one of the key players in terms of our bowling. There was no choice but there was little confusion whether to go with Shami or maybe Jadeja because the ball was gripping.

“But in the end you have to go with someone who’s been consistent with bowling yorkers and slower balls and things like that. We went with that and the batters as well, someone who’s had a good day will try and go out to face the challenge,” he said.

Talking about the moment when he hit those successive Super Over sixes, Rohit said it is always the bowler who is in pressure in such situations.

“From what I’ve seen in Super Overs, whatever you are chasing, it’s the bowler who is under pressure. That’s my understanding. That’s why when I walked out to bat, I was thinking about whether I should move around in the crease or stay still.

“There were 2 or 3 thoughts like that but in the end I decided that I will stay still. Let him make the mistake. That was my thought process. And, he bowled it in my zone, and I smashed it.”