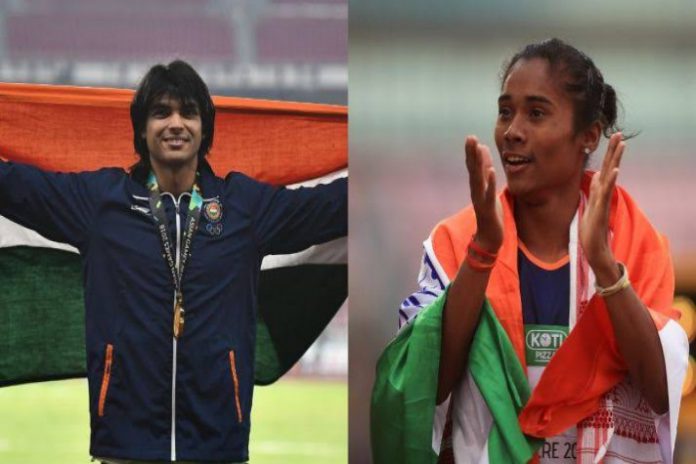 Star javelin thrower Neeraj Chopra, quarter-miler Hima Das, and sprinter Dutee Chand figured among the list of national campers named by the Athletics Federation of India for the period up to the Tokyo Olympics next year.

Both Neeraj and Hima did not take part in the recently concluded World Championships while Dutee failed to qualify for the semifinals after a disappointing performance.

Dutee, who broke her own 100m national record during the National Open in Ranchi, was named as part of a nine-member women’s 4x100m relay team to be based at NIS Patiala. Both Neeraj and Hima have also been named for the same camp.

I want to retire after Tokyo Olympics, says Mary Kom

Neeraj underwent surgery on his right elbow in May and is on course to full recovery while Hima pulled out of the showpiece event in Doha in the eleventh hour due to her persistent back injury.

Shot putter Inderjeet Singh, who was handed a four-year ban by the Court of Arbitration for Sport earlier this month, was also included in the list of NIS Patiala campers, but AFI later said that his name will be removed.

“The list of national campers keeps on changing and his name was earlier there. So, after his ban by the CAS, he cannot be there. We will remove his name,” an AFI official said.

The CAS had overturned the National Anti-Doping Agency’s Appeal Panel decision to give a clean chit to Inderjeet.

I can qualify for Tokyo Olympics: Jinson Johnson