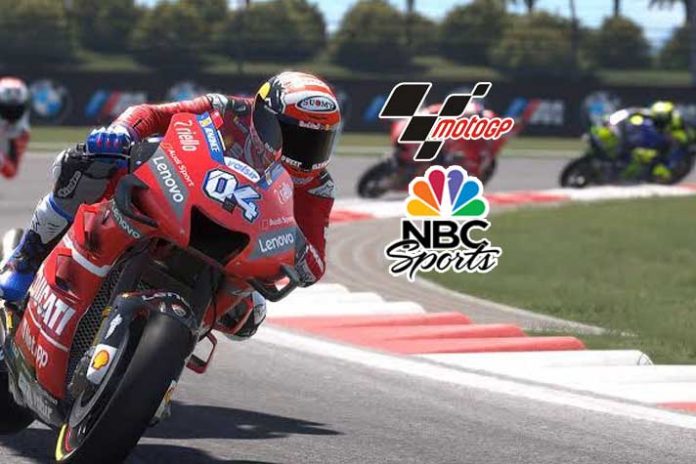 NBC Sports has signed global motorcycle racing property MotoGP to a multiyear media rights deal, a move that gives the series newfound exposure in the U.S. and continues to build the broadcaster’s motorsports portfolio.

MotoGP is a series that has largely been ignored in the US but one that has a worldwide fan base with events all over the globe and an Instagram following of 8.7 million accounts, the same amount as Formula One.

NBC Sports will air the 20-race premier class MotoGP series on a mixture of NBCSN and the NBC broadcast channel. It also is partnering with MotoGP on an OTT product called MotoGP VideoPass for the U.S. that will include the second and third-tier Moto2 and Moto3 races, plus ancillary content such as news conferences and features.

The series previously aired in the US on beIN Sports. MotoGP’s commercial rights holder is Dorna Sports, which negotiated with NBC alongside Dorna’s agency, IMG. The size and scope of the rights fee for the deal was unclear. The sides will announce the news this week.

“We like to think of ourselves as the home of motorsport and MotoGP was one of the few missing pieces out there,” said Jon Miller, NBC Sports’ president of programming, who added that he’s been chasing a deal with the property for more than three years. “It’s a global sport, very young, very exciting, the folks at MotoGP have done an amazing job building it to where they’re currently at without the benefit of national exposure and marketing in the U.S.”

This year, NBC will air three races on tape delay; NBCSN will air five live races, and the rest will be streamed live on MotoGP VideoPass before eventually being aired on tape delay on TV. Many of the races in the latter part of the season will air immediately following NBCSN’s coverage of NASCAR races.