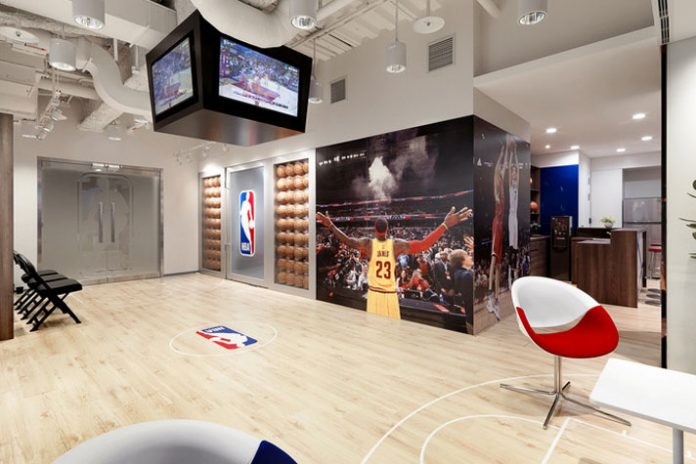 With a constant upswing in the popularity and valuation in the last decade, US National Basketball Association teams aggregate value this year has reached $2.12 billion, up 14%  form the last year’s combined value.

In comparison, NFL and Major League Baseball have 11% and 8% respectively. The NBA values have soared almost 600% in the past decade.

The past few months haven’t been as great for the NBA. The television ratings are down as injured stars are sidelined. But, the past season and decade have been extraordinary for the league.

The NBA’s 30 teams generated a record $8.8 billion in revenue last season, up 10% over the previous year. It will be up again this season, with gate receipts projected to rise 8% overall. Revenue will also be helped by a new arena for Golden State and renovations to existing arenas in Boston, Cleveland, Philadelphia, and Washington.

In the last decade, the average NBA team value is up nearly six-fold and growing at a much faster rate than the other three major U.S. sports leagues, thanks to strong international growth prospects and blockbuster media deals.

“The NBA fundamentals are still strong, and the league is extremely well managed,” says Sal Galatioto, president of leading sports finance and advisory firm Galatioto Sports Partners. “It has hit a couple of bumps, but it is still very powerful media content and the greatest international sport after soccer.”

According to Forbes scorecard, the average basketball team is worth more than $2 billion for the first time. As recently as 2011, no NBA franchise was valued at even $1 billion.

The New York Knicks grab the top valuation ($4.6 billion) for the fifth straight year, up 15%, followed by the Los Angeles Lakers ($4.4 billion) and the Golden State Warriors ($4.3 billion). More so, these three teams have by far the highest revenue in the NBA.

The only team from Canada to have won the NBA title, a feat achieved by Toronto Raptors last season is at tenth with a valuation of $2.1 billion. They saw a 25% year-on-year rise in their 2020 valuation which is the highest among all the NBA teams, largely due to their win in 2019. 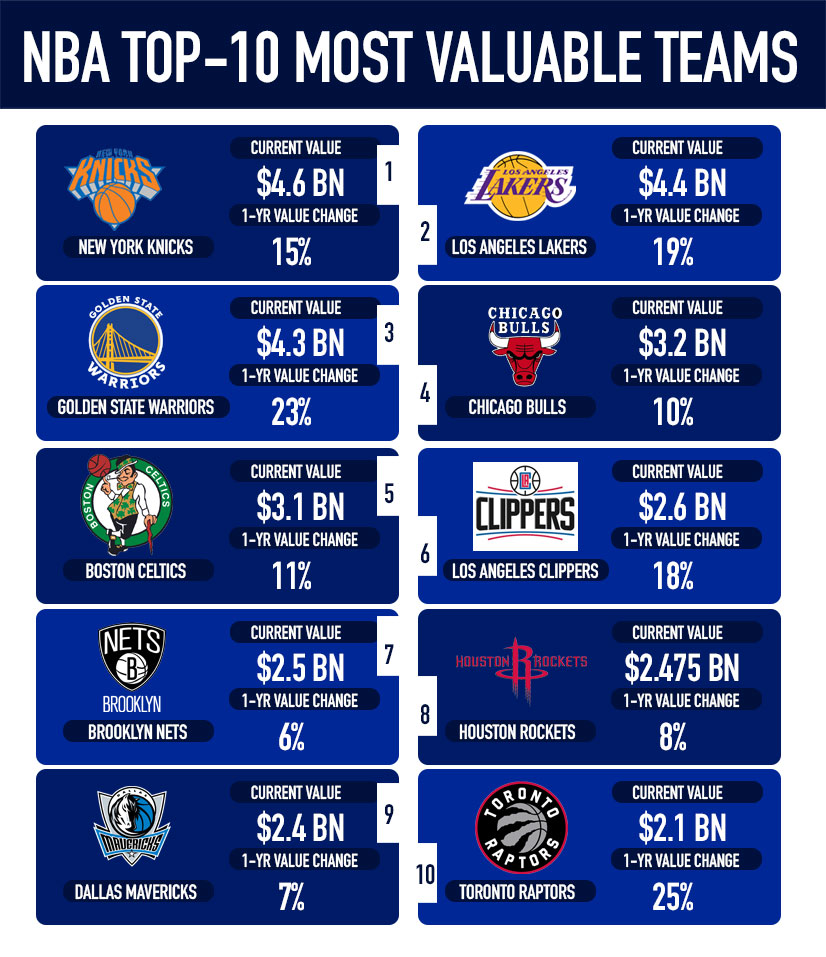 Only the Dallas Cowboys (NFL) ($5.5 billion) are worth more than the Knicks among North American sports franchises, with the New York Yankees (MLB) ($4.6 billion) the only other team ahead of the Lakers and the Warriors.