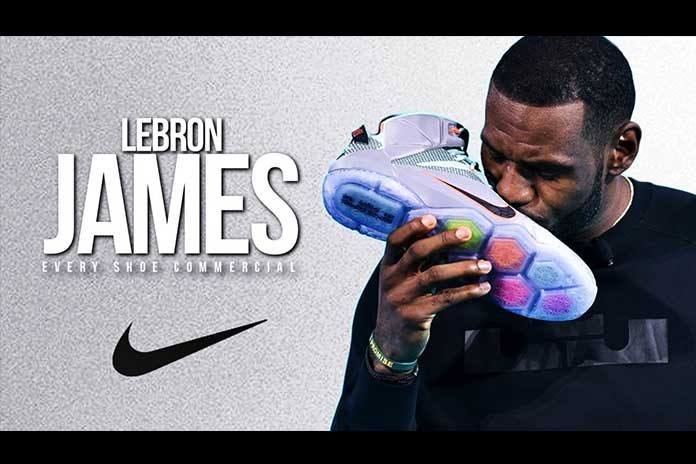 LeBron James is living a billion-dollar dream. Placed 14th the list of Forbes’ Top 100 Athletes for 2019, the NBA icon is well poised for a lifetime commercial goal which only three sportspersons have achieved till date.

Michael Jordan is the only basketball legend to breach the barrier of $ 1 billion net worth. James can achieve that over a period of time on the strength of his life time deal with Nike alone.

WWE boss Vince MacMohah, Romanian former professional tennis and ice hockey player Ion Tiriac and Jordan are the only athletes to breach the billion dollar mark in their career earnings. Formula One legend Michael Schumacher is the next to come closer with a net worth of $ 800 million.

The four-time Most Valuable NBA award-winner, James presently though has a net worth of only $440-450 million, according to Forbes. A respectable chunk of this money comes from his $ 154 million four-year deal with Los Angeles Lakers, while endorsements contribute up to 65% of his gross revenue.

But billion dollar worth remains an important milestone of his career. “If it happens. It’s my biggest milestone. Obviously. I want to maximize my business. And if I happen to get it, if I happen to be a billion-dollar athlete, ho. Hip hip hooray! Oh, my God, I’m gonna be excited,” James has once told gq.com several years ago. Even before singing the life team deal with Nike in 2015, which presently earns him around $ 32 million per annum from the LeBrorn’s signature sneakers. The deal over the lifetime is reported to have a billion dollar worth.

James does his part to increase sales by promoting the sneakers on his social media accounts. But much of sales are simple due to James’ celebrity-like status. NBA players, especially, have a significant influence on fashion and pop culture. They’re a natural choice for Nike to partner with, according to a cheatsheet.comreport.

James is also an amazing entrepreneur. He had contributed heavily to Blaze Pizza when it was just beginning. Now it’s the second-fastest-growing pizza chain in the USA and James owns a large portion of shares, now worth over $35 million, and 17 of its franchises.

Entrepreneur James had reportedly made $30 million from his Beat Music investment when Apple had bought the company.

His billion dollar ambition is not unrealistic. He commands an iconic value as a professional basketball star that also gives him an immense price tag as a brand icon. His life time deal with Nike, and smart investments further boost the probability to place in him the company of the likes of McMohan and Jordan.