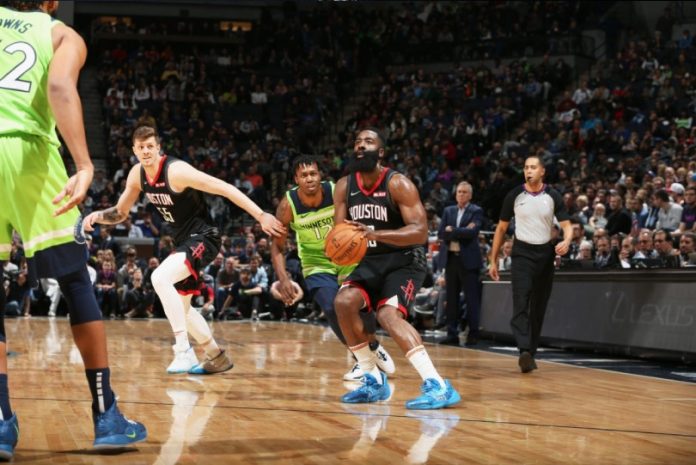 The second day of NBA Restart witnessed non-stop action as 12 NBA teams were scheduled to resume their NBA journeys this season. The NBA schedule on the Day 2 featured 6 games.

The most interesting match up was the last game of the day between Dallas Mavericks and Houston Rockets. Mavericks triumphed in the absolute heart stopper in the over time (extra time).

Down 136-139 with less than 4 seconds to go, Houston made a comeback as fourth quarter ended with score tied at 139-139.
In the 5 min extra time it was one way story. Riding on a brilliant rearguard action, Houston did not let the chance go for the waste and played agressively all the way to register victory over stunned Mavericks. The final scoreline read – 153 – 149 in favor of Rockets.
James Harden scored 49 to be the star of the day for Rockets
NBA Restart DAY 2 – All Results

1)The Blazers defeated the Grizzlies 140-135 in overtime in an important seeding game.

NBA Live : Orlando off to a winning start defeats Brooklyn

Orlando have turned a close game into a rout, scoring nine unanswered second quarter points to beat Brooklyn 128-118 in the first NBA restart game for both teams.

Evan Fournier had 24 points while Aaron Gordon posted a double-double (10 points, 11 rebounds) for the Magic (31-35), who moved past the Nets (30-35) into seventh place in the Eastern Conference.

The top seven are guaranteed a playoff spot. Team eight advances if at least four games better than ninth at the end of the regular season. Otherwise two further games determine the seed.

Timothe Luwawu-Cabarrot scored 24 points off the bench for the Nets, who entered Friday six games ahead of ninth-placed Washington.

The Wizards, who face Phoenix Friday afternoon, are scheduled to play the Nets on Sunday.

The Nets raced out to a 16-8 lead in the opening four minutes.

Orlando responded with a 16-8 run in which Augustin and Vucevic scored five points apiece. A Markelle Fultz layup with 2:33 left in the quarter gave the Magic 29-27.

The two teams were separated by no more than five points before the Magic’s surge.

Caris LeVert made a buzzer-beating jumper to pull the Nets within 70-59 at halftime but Vucevic scored five points as the Magic opened the third quarter with a 10-2 run.

A LeVert jumper brought the Nets within 86-70 with 7:31 left in the period but Orlando went on a 21-7 run over the next five minutes.