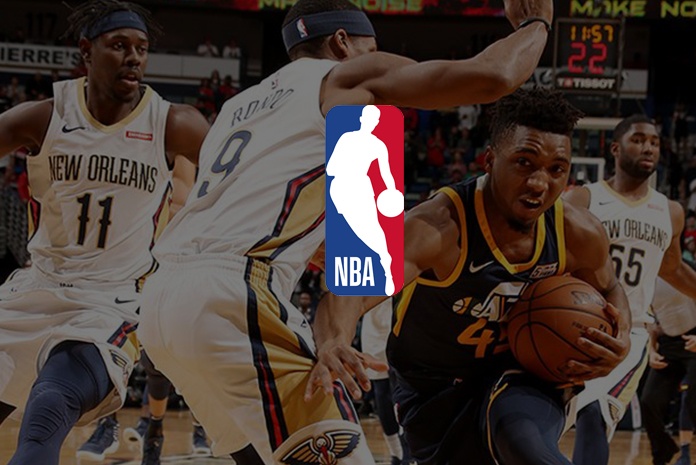 The Utah Jazz were squarely in the spotlight when the NBA season was suspended March 11.

Zion Williamson and the New Orleans Pelicans were making a push to play on a bigger stage.

They’ll share the marquee when the season resumes Thursday in the NBA “bubble” near Orlando, Fla.

Back on March 11, when Jazz center Rudy Gobert tested positive for COVID-19, the NBA canceled his team’s game in Oklahoma City that night.

“Obviously, when you have the whole world judging you or threatening you or sending you a lot of negative energy and stuff like that, it’s something that I would say is not easy as a human being,” Gobert said two weeks ago of dealing with the coronavirus-related fallout. “But, at the same time, people are just judging you on the perception they have and the perception you get from sometimes it can be one picture, one video or one interview, one action. So, people don’t really know you.”

Dominoes began to fall as the league announced that the season would be suspended at the conclusion of the final game that night – New Orleans at Sacramento.

But New Orleans was leery of playing after learning that a member of the officiating crew worked a Jazz game a few nights earlier. So the game against the Kings was postponed and the NBA went on hiatus.

Now, 141 days later the Jazz and the Pelicans lead the way in the resumption of the season.

New Orleans and Oklahoma City were the only teams to win all of their scrimmages and the Jazz went 2-1.

“The intensity level is going to be much, much higher (Thursday),” Pelicans coach Alvin Gentry said. “I’m confident that our guys will compete at a high level and be ready to play.”

The Pelicans got good news Tuesday night when rookie forward Zion Williamson returned to practice. He left the bubble July 16 to tend to a family emergency and returned last Friday.

He hasn’t been cleared to play, but the Pelicans are hopeful he will be by tip-off of the opener of the eight-game seeding schedule.

“It really isn’t a tough decision,” Gentry said. “If he’s ready to play, he’ll play, and if he’s not, we won’t play him. You’re not going to risk anything long term for something very, very short term.”

Gobert looked fully recovered in Utah’s scrimmages, averaging 15.3 points and 7.0 rebounds. A rift between Gobert and leading scorer Donovan Mitchell, who tested positive for COVID-19 shortly after Gobert did, seems to have healed.

“I’m happy now that I’m in a good place and I’m happy that I get the joy back from playing basketball with my team and the competitiveness is back,” Gobert said. “I’m ready to try to go out there and try to win the championship. That’s the goal. To be honest, after everything we’ve been through, as a team and as human beings, it would be a great comeback.”

The Jazz will be without second-leading scorer Bojan Bogdanovic (20.2), who underwent season-ending wrist surgery in May. Sixth man Joe Ingles is expected to replace Bogdanovich, who was making 41.4 percent of his 3-pointers, in the starting lineup but replacing the 3-point production will be a group effort.

“I think with Bojan out, obviously there’s opportunity from the 3-point line that we really need to take advantage of,” Mitchell said. “I think it’s very crucial to our game getting there and knocking shots down, just being confident and taking the early shots.”

The Jazz (41-23) are in fourth place in the Western Conference. The Pelicans (28-36) are tied with Portland and Sacramento, 3.5 games behind eighth-place Memphis in the West.

Both teams were playing well prior to the suspension of the season. New Orleans, which endured a 13-game losing streak during an injury-plagued first half of the season, won eight of its last 13 games. Utah won five of its last six games.