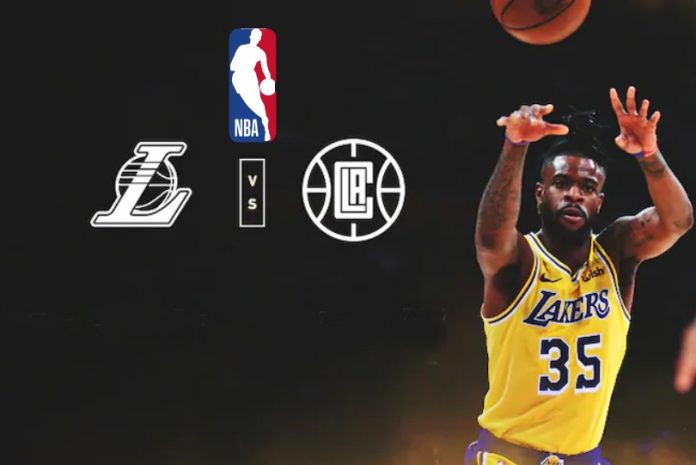 The NBA season is officially back. After a long wait finally NBA action has resumed.

In the opening game, Donovan Mitchell lead Utah Jazz past New Orleans Pelicans in thrilling game. In a game which went to the distance Jazz edged past Pelicans to register 106-104 points victory. Jordan Clarkson led the Jazz with 23 points off the bench, while Donovan Mitchell and Mike Conley Jr. added 20 points apiece, but it was Rudy Gobert who sealed the win, burying two clutch free throws with 6.9 seconds to go.

In the second match of the day, LA Lakers earned an hard fought victory against LA Clippers by 103-101 points.

141 days after the season was suspended, the first seeding games of the season restart have tipped off at the Walt Disney World Resort in Orlando, Florida. The New Orleans Pelicans and Utah Jazz opened the action.

After a slow start, Donovan Mitchell took over for the Jazz down the stretch, scoring 13 of his 20 points in the second half, including some big buckets in the final minutes.

The All-Star guard scored eight of the Jazz’s final 10 points and set the table for Gobert’s game-sealing free throws, penetrating the Pelicans’ defence and dishing it off to the big man, who was fouled on a dunk attempt.

“We’ve been through tough stretches throughout the year. This was just trying to find our groove,” Mitchell said postgame.

“We had it at the start of the game and after that it kind of went down downhill. They started to kind of dictate us, our game on both ends of the court. We started to just compete. You know, it’s not always gonna go your way every night. As long as you keep fighting you’ll find a way to get back.”

Mitchell gave the Jazz their first lead since the first quarter (23-21) with this bank shot, which put them up 98-97 with four minutes to go and finally sealed the game with 106-104 points victory.

NBA Live Result : LA Lakers wins the opener against LA Clippers
Los Angeles Lakers started on a great note as they took 35-23 points lead in the opening quarter. Clippers made the comeback in the second by scoring 29-19 points.
After a see-saw battle, Lakers finally triumphed and made a winning start to its campaign as NBA resumed after a gap of 141 days. Lakers finally won 103-101.