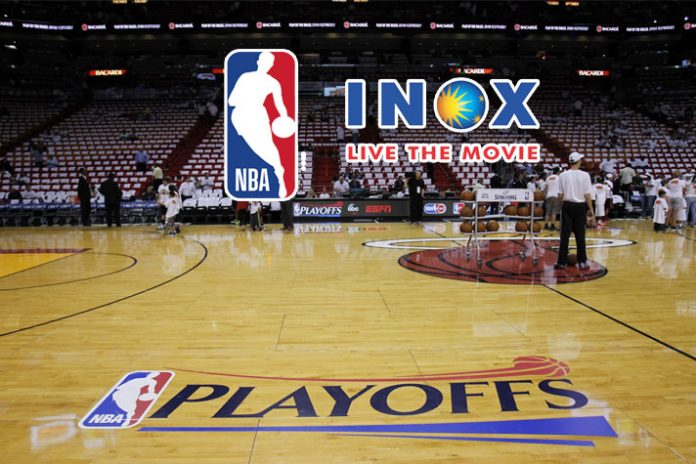 Multiplex chain INOX has announced a marketing partnership with the American National Basketball Association (NBA) to integrate the NBA into select cinemas across Delhi, Hyderabad, Kolkata, Mumbai and Pune.

As the NBA‘s Exclusive Multiplex Partner in India, INOX will introduce numerous NBA elements in and around its cinema houses, including co-branded inflatables and popcorn buckets, NBA posters and NBA jersey wall displays.

INOX will also host screening parties for select games throughout the NBA season, along with meet-and-greet sessions with former NBA players.

Barack Obama in Toronto for Game 2 of NBA Finals

“With a clear focus on curating the best experience for our patrons, we have continuously been working on partnerships to help us elevate their cinema-going experience,” said Alok Tandon, CEO of INOX Leisure Limited. “This partnership with the NBA adds a global touch to our brand offering and a new dimension to INOX, and we invite our patrons across the country to come forward and experience the NBA for themselves.”

“We are thrilled to partner with a dynamic brand like INOX to further connect with our fans in India,” said Diane Gotua, NBA Vice President of Global Business Operations. “This is an ideal way for us to generate awareness and engagement for the NBA at a large scale and reach new and existing fans alike across the country.”