NBA 2021 Joel Embiid injury: Joel Embiid exits the Wizards game after a horrible knee injury. Joel Embiid was dominating his return from health and safety protocols before an apparent knee injury after an impressive dunk cut his night short.

In action for the first time since March 3 due to NBA health and safety protocols, it’s fair to say rust wasn’t an issue for Joel Embiid.

Forced to miss the All-Star game due to contact tracing ramifications, Embiid wasted no time reminding the NBA world why he is one of the leading candidates for the MVP award. 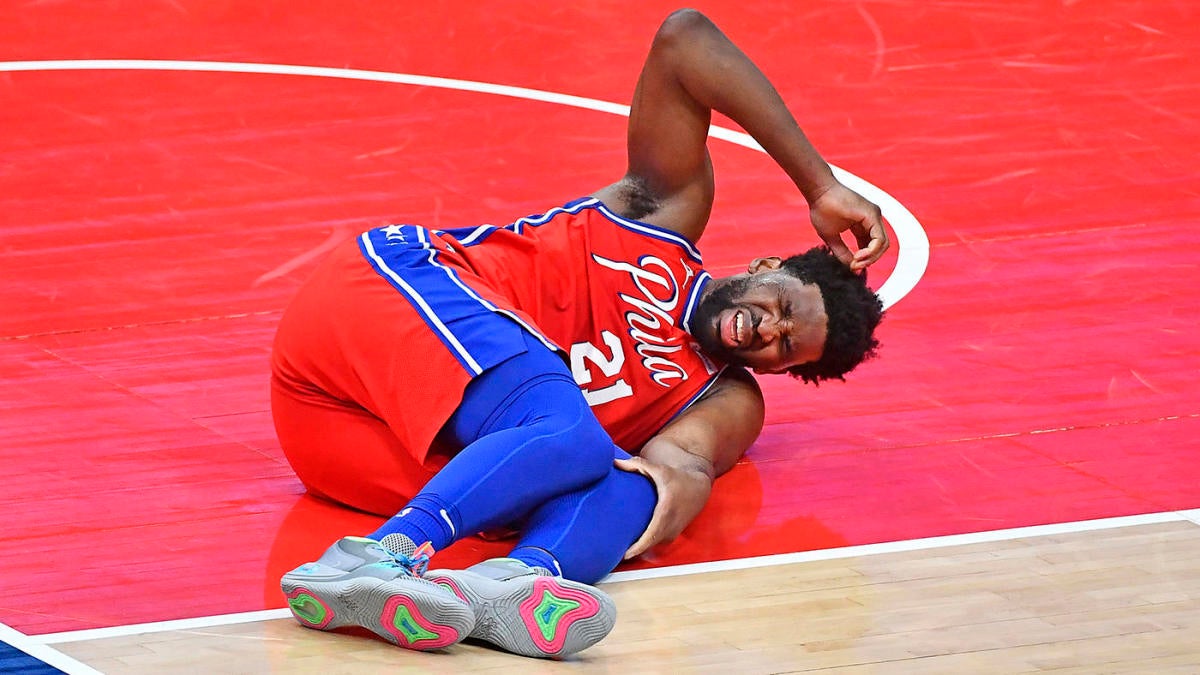 Joel Embiid injury: Pouring in 23 points in just 20 minutes of court time, Embiid was overpowering the Wizards defense on every touch.

The latest in a series of ferocious dunks ended in scary fashion for Philadelphia, when the All-NBA big man collapsed to the floor holding his left knee after landing on the leg in completing the play.

Philadelphia’s Joel Embiid will undergo an MRI on his left knee, sources tell ESPN. He left tonight’s game vs. Washington after a hard fall to floor.

Embiid stayed on the floor for several minutes before eventually limping to the locker room under his own power. Check back in for updates as they become available.