NBA 2020-21: Big blow for Boston Celtics as Kemba Walker ruled out till January

NBA 2020-21: The Boston Celtics announced Tuesday that guard Kemba Walker received a stem-cell injection in his left knee in October and was placed on a 12-week strengthening program.…

NBA 2020-21: The Boston Celtics announced Tuesday that guard Kemba Walker received a stem-cell injection in his left knee in October and was placed on a 12-week strengthening program.

The Celtics added that Walker will return to on-court activities in early December, and they will provide an update regarding his game availability in January’s first week. Since the 2020-21 season is set to begin Dec. 22, Walker will miss the start of the campaign.

He is expected to return to on-court operations in early December. An additional update concerning his game availability will be presented by the Boston Celtics during the first week of January.

Another Celtics guard Romeo Langford underwent successful surgery on September 22nd to restore a torn scapholunate ligament in his right wrist. Langford’s return to play was protruded to be four-to-five months following the procedure.

Celtics’ new signing Tristan Thompson endured a minor hamstring twist during an offseason practice prior to arriving in Boston. His availability during the first week of camp will be limited.

NBA news: How will the Celtics lineup after these injuries?

With the Celtics establishing Kemba Walker will miss the first part of the season, there will be some extra pressure on young guards Tremont Waters and Payton Pritchard to play right away.

Celtics guard Kemba Walker’s game availability will be updated in the first week of January.
That opens the door for Aaron Nesmith to grab a bigger role in the rotation from the jump. We can expect Semi Ojeleye and Javonte Green to play more on the wing too.
With 3 injuries and a tight NBA schedule, this is how the Boston Celtics could lineup in the 2020-21 NBA season:
Tremont Waters
Marcus Smart
Jayleen Brown
Jayson Tatum
Daniel Theis
Also Read: Andrew Bogut announces retirement

The tentative NBA schedule calendar for the 2020-21 season: 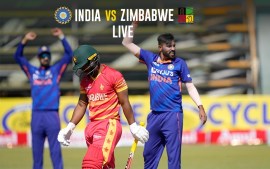