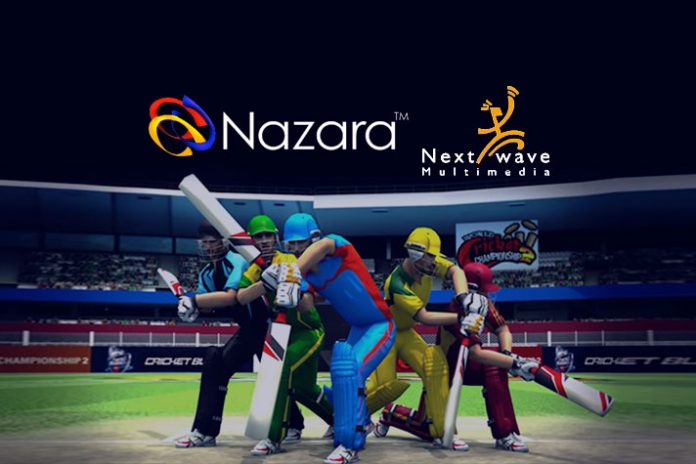 Nazara Technologies has acquired a majority stake in Chennai based NextWave Multimedia. NextWave is known for its popular cricket mobile game in India. The acquisition deal was inked on Monday.

The Chennai-based mobile gaming company, NextWave predominately focuses on developing casual and multi-player mobile games in sports genre with over 100 million downloads in the last 7 years. NextWave owns the IP of the most popular mobile cricket game in India – World Cricket Championship.

With the acquisition of NextWave, Nazara strengthens its portfolio of offerings in the virtual interactive sports genre in India and other emerging markets. The NextWave acquisition comes after Nazara’s investments in MasterMind Sports, Moong Labs and more recently HalaPlay.

Nazara Games CEO Manish Agarwal said, “Nazara has been on the lookout for gaming companies which have established strong leadership in the sports genre. NextWave offers a strong promise of dominating the space globally with its massive large fan base of over 15 million monthly active users and very strong product offering.”

PR Rajendran, CEO, Nextwave, said, “The complementary skill sets of NextWave and Nazara and the synergy in between is sure to accelerate the growth of Nextwave in coming years. Nazara’s expertise in creating scalable and profitable business models around consumer transactions globally will give us the needed impetus to grow along with them.”

Nextwave’s World Cricket Championship has been built over many years. The game engine is proven and has huge feature sets which will form a strong base for building future versions of the game currently under development.

In 2017, WCC2 made it to Google Play’s ‘Editor’s Choice’. The game also made it to the best games and apps for the year listing consecutively for 2015, 2016 and 2017 on Google Play. WCC franchise with its twin game offering has over 15 million monthly active users as of Nov 2017.