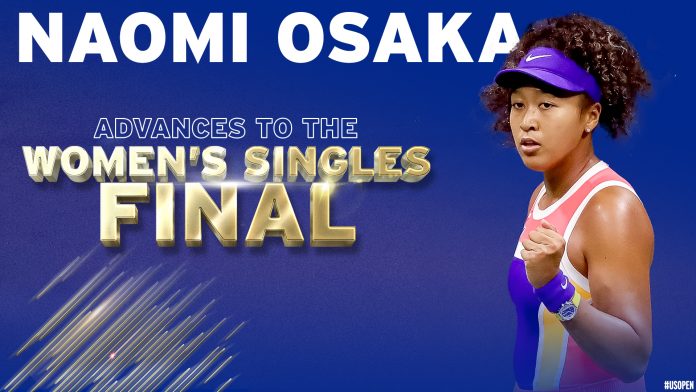 Naomi Osaka has made it to the finals of US Open 2020. 22 year old from Japan defeated Jeniffer Brady in a hard fought semi-final battle.

Osaka already has one US Open title to her name in 2018 which was her first Grand Slam victory. The victory in 2018 also resulted in Osaka becoming one of the world’s most marketable athlete. According to Forbes, she banked $37.4 million last year, making her the highest-paid female athlete ever

The final battle for Osaka can be a possible rematch with her 2018 opponent.

In the battle of mothers between Williams & Azarenka, whoever wins will create a record of sorts. The world’s greatest tennis player Williams is in pursuit of history. Williams is chasing her 24th Grand Slam singles title which will take her equal of Margaret Court’s all-time record of 24 Singles Slam wins (11 of which were in the Open Era) and victory over Azarenka will give her another shot at that history.

On the other hand, unranked Azarenka is seeking a first tennis major trophy in seven years, for a spot in Saturday’s final. Azarenka’s last Slam title came at the 2013 Australian Open, when she retained the crown she had won a year earlier.

US Open Men’s Singles Semifinals are scheduled for 12th September

Daniil Medvedev and Dominic Thiem booked their men’s semifinal seats in the US Open 2020 by defeating Andrey Rublev and Alex de Minaur respectively.

Interestingly, Thiem is the first Austrian ever to reach the semifinals of the US Open.

The other men’s semifinal of the event will see Pablo Carreno Busta taking on fifth seeded Alexander Zverev in the last four.

Here’s all you need to know about US Open 2020 semifinals:

When to watch US Open 2020 seimfinals LIVE?

The men’s semis will take place on September 12.

How to watch US Open semifinal LIVE Streaming in India?

The semifinals of US Open will be televised live in India on Star Sports Select 1/2, while the live streaming in the Indian Sub-Continent will be available on the Disney+Hotstar app.