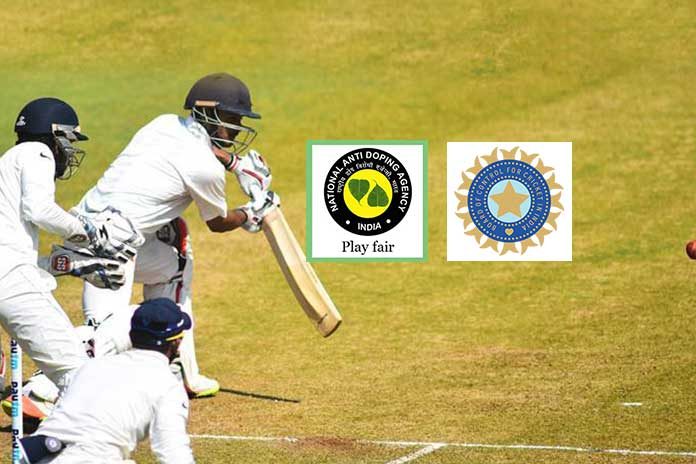 The National Anti-Doping Agency (NADA) will start testing the players registered under the Board of Control for Cricket in Indian during the next Duleep Trophy game in Bengaluru. The agency has agreed to BCCI’s demand to provide qualified medical practitioners as Lead Dope Control Officers (LDCO).

“We are looking forward towards commencing this partnership soon beginning from Duleep Trophy,” the NADA had announced after the meeting.

While NADA is not expected to test any players during the ongoing opening game between India Blue and India Green teams in Bengaluru, there is a possibility of carrying out a few tests during the next game which starts on August 23.

The BCCI, on its part, handed the full itinerary of the domestic games for the season, including the dates and venues, so that the NADA can prepare its cricket testing calendar.

“The Duleep Trophy has already started and probably they will be coming for later matches. They haven’t specified whether they are planning target testing or random testing. It is expected there will be a few tests done on match days (in-competition),” Salvi said.

The BCCI’s anti-doping officer cleared the air about how exactly the Board is going to “pay extra” (differential cost as said by CEO Rahul Johri) to ensure highest standards are maintained during tests that are carried out.

“Our primary concern was about quality of Dope Control Officers (DCOs) and time taken for disposal of cases. NADA has assured us about both. What we have requested is that we would like DCOs assigned for BCCI tests to be registered medical practitioners (MBBS) with knowledge of anti-doping,” Salvi said.

The moment the DCO is a doctor, there will be excess charges involved and BCCI will be paying that, which BCCI CEO has already clarified.

Asked whether it will be possible for the NADA to arrange for so many qualified doctors, considering the number of matches that BCCI organises, Salvi had a solution. “When IDTM (International Doping Tests and Management of Sweden) used to collect samples, they would assign medical practitioners. We suggested the NADA if they can empanel IDTM registered doctors,” Salvi said.

A look at NADA’s website would suggest that the qualification for DCOs is science graduates and the remuneration paid is ₹20,000 per month. The DCOs are hired on contractual basis.

In the list of 111, there are only 16 registered doctors – all designated as LDCOs. Out of those 16, there are 12 who are based out of Pune and four are residing in Thiruvananthapuram.

However, there are questions whether NADA can always have qualified doctors as DCOs for all BCCI assignments.

“Why will qualified doctors be interested in urine sample collection of cricketers just because BCCI is ready to pay the differential costs?” questioned an official, who is privy to NADA functioning.

“It’s a simple thing. Do qualified doctors visit our homes to collect samples? So why will this be any different for BCCI?” the official asked further.

It is also learnt that the BCCI won’t mind if NADA gives prior notice as some of its venues are open ones and they need to build a separate sanitised “Dope Control Room”.

For example, if random tests are carried out at a ground like JU (Salt Lake 2nd campus, in Kolkata), it has a county like dressing room where there isn’t any separate room.

The BCCI carried out around 275 tests during last season when it had employed IDTM for sample collection but it is to be seen as to how many cricketers does NADA tests considering it is only 11 months left for the Tokyo 2020 Olympic Games.