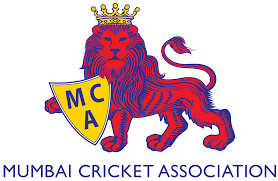 The Mumbai Cricket Association on Monday announced that its newly formed Cricket Improvement Committee will conduct interviews of shortlisted candidates for various positions, including that of senior men’s team coach, on Wednesday.

“Cricket Improvement Committee of the Mumbai Cricket Association will be conducting interviews of the shortlisted candidates for the positions of various team coaches on Wednesday, 9th September from 10.30 am onwards,” the cricket body said in a media release.

It is reliably learnt that former India pacer Salil Ankola and former Mumbai wicket-keeper batsman Sulakshan Kulkarni are among the shortlisted candidates for the interview of senior men’s team coach’s job.

As per the release, the CIC will be conducting interviews of 24 shortlisted candidates for various positions.

The Association issued the list of candidates but did not specify who will be appearing interviews for what position.

The CIC, headed by former India player and coach Lalchand Rajput, has Sameer Dighe and Raju Kulkarni as its other members.