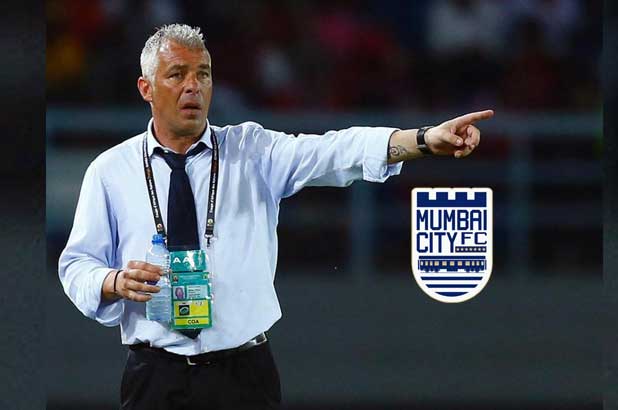 Mumbai City FC has announced the appointment of  former Portuguese international Jorge Costa as the club’s new head coach ahead of the Indian Super League season 2019/19.

The 46-year-old Portuguese,0 who has excelled both as a player and manager, will bring with him a surfeit of experience, having been at the helm of clubs in Europe such as Portuguese clubs SC Braga Paços Ferreira, Romania’s CFR Cluj, Greek sides AEL Limassol and Anorthosis Famagusta and the Gabon National Team among others, Mumbai City FC has stated in a media release.

Costa will join the Mumbai City FC following his latest stint with French Ligue 2 side FC Tours. He will become the fourth head coach in the history of the Islanders after Peter Reid, Nicolas Anelka and Alexandre Guimaraes.

The former Portuguese centre-back played at the highest level of international and club football for more than a decade and a half with his most decorated moment coming in 2004, when he captained FC Porto to UEFA Champions League glory under current Manchester United manager Jose Mourinho.

Jorge Costa has had considerable success during his previous managerial stints and has proven his winning capabilities in the past when he won the Portuguese Second Division with SC Olhanense and as well the Romanian League title with CFR Cluj.

Club CEO Indranil Das Blah was delighted with the appointment and said, “We are thrilled to appoint Jorge Costa as the coach of Mumbai City FC for 2018-19 season of the Indian Super League. We’ve had several meetings with potential candidates but Jorge’s professionalism, hunger and philosophy stood out and convinced us that he is the perfect candidate to take this club forward to bigger success. We welcome Jorge to the Mumbai City family and look forward to exciting times ahead.”

Jorge Costa, who has signed a one-year contract with the club, said, “I am very excited to be here, at Mumbai City FC. To be trusted with the responsibility of taking Mumbai City to newer heights is a huge honour for me. The management and the owners have great ambitions and are committed to bringing success to the club.”

“I cannot wait to start, meet the players and have a fruitful pre-season. I believe that we have some of the finest Indian talents in our side and I’m excited at the prospect of working with them. I hope to bring entertaining football to the Arena and to the people of Mumbai, and challenge for trophies, giving this city the success it deserves,” added Costa.

Jorge Costa has also turned-up for the Portugal senior national team on 50 occasions, scoring two goals. During his playing days with A Seleção das Quinas, he formed a solid defensive partnership with his then skipper Fernando Couto and were largely considered as the best defensive duo of the UEFA Euro 2000. Apart from his success at the senior level, he has also won the FIFA U-20 World Cup with the Seleçãos in 1991.