MUM vs DEL Highlights – The Dabang Delhi K.C. produced a brilliant performance to defeat U Mumba 41-24 at the Gachibowli Indoor…

MUM vs DEL Highlights – The Dabang Delhi K.C. produced a brilliant performance to defeat U Mumba 41-24 at the Gachibowli Indoor Stadium in Hyderabad on Tuesday. With the victory, the Dabang Delhi K.C. kept their Playoffs hopes alive in the vivo Pro Kabaddi League Season 9. Defender Amit Hooda emerged as the best player for the Delhi side with 7 tackle points on the night. Follow InsideSport.IN for more updates.

The Dabang Delhi K.C. pulled off an ALL OUT in the 5th minute and took a massive lead at 10-3. Vijay Malik effected a raid and Amit Hooda tackled Guman Singh soon after as the Delhi side continued to extend their lead. U Mumba’s Mohit carried out a SUPER TACKLE on Naveen Kumar in the 12th minute, but the Delhi side still held a comfortable lead at 17-6. Ashu Malik picked up a couple of raid points as the team from the capital city completely dominated the match at 21-9 in the 18th minute. However, Harendra Kumar and Amit Hooda effected tackles and kept the Mumbai side in the game at 14-22 at the end of the first half.

Rahul Sethpal carried out a fantastic tackle on Ashu Malik in the opening minutes of the second half, but Amit Hooda tackled Guman Singh soon after to help Delhi stay in the lead at 23-17 in the 25th minute. The Dabang Delhi K.C. defense unit continued to showcase stupendous form as its team led at 25-18 in the 29th minute.

The Mumbai side tackled Malik in the 33rd minute, but Dabang Delhi K.C. kept their noses in front at 27-21. However, Jai Bhagwan caught out Krishan moments later as U Mumba kept chipping away at the lead. But Delhi pulled off two SUPER TACKLES in the quick succession in the last few minutes of the match and earned a massive lead at 32-23. The Dabang Delhi K.C. rode on the momentum and inflicted an ALL OUT in the 39th minute. Malik treaded carefully on the last raid of the match and closed out a comprehensive victory for Delhi in the end. 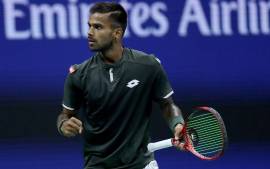 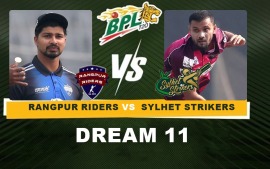 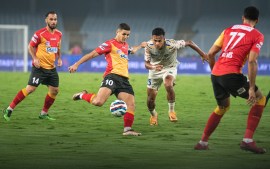