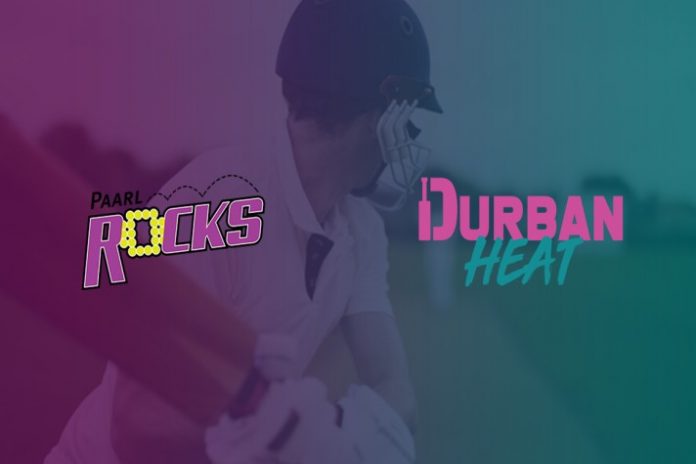 Match 24 of the Mzansi Super League will take place between table-toppers Paarl Rocks and fifth-placed Durban Heat at Boland Park, Paarl. Durban Heat is on a high coming off from victories in the last two matches and will be looking to keep the momentum going. Even with 14 points and three games remaining, they have a fair chance to qualify for the play-offs.

On the other hand, Paarl Rocks are very well captained by the national team skipper Faf du Plessis and they are comfortably sitting at the top of the table. Rocks will be eyeing the top finish after the league matches as the team directly enters the final if they finish at the top. The hosts would even like to make their fans happy in their own backyard.

It will be an intriguing battle between the likes of David Miller, Alex Hales, Keshav Maharaj who will look to steer their team to another victory and make it three in a row and the likes of Faf du Plessis, James Vince, Tabraiz Shamsi who will try and maintain their top spot.

Fans in India can catch the LIVE action on Sony Six and Sony Six HD from 9 pm. The feed will also be streamed LIVE on SonyLIV.