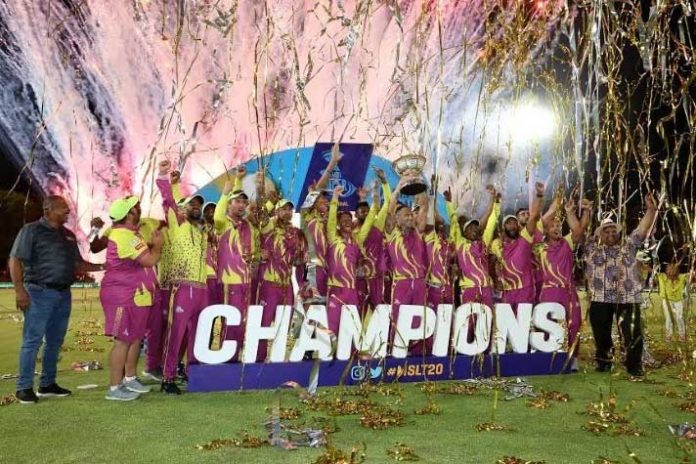 The Paarl Rocks were crowned 2019 Mzansi Super League (MSL) champions after Henry Davids struck the quickest half-century of the season to help them slay Tshwane Spartans by eight wickets in the final at Eurolux Boland Park on Monday.

Chasing a modest 148-run target, the veteran opener bludgeoned 77 off 44 balls (8 fours, 4 sixes), including a 22-ball 50, while Dwaine Pretorius plundered 43 off 20 balls as the host cruised to the title with a mighty 34 deliveries to spare, states a Cricket South Africa Press release.

Tabraiz Shamsi and Isuru Udana had earlier led a fine bowling display on a slow pitch by nabbing two for 29 and two for 24 respectively to restrict the visitors to a below-bar total.

Only AB de Villiers managed to hurt the home side with his 51 off 37 balls (3 fours, 1 six), although that hardly hurt a confident home side, who eventually ran out as deserved winners of MSL 2.0.

Led by Standard Bank Proteas captain Faf du Plessis, the Rocks had been efficient all season, boxing smartly throughout despite some limitations in their squad brought upon due to injuries.

Having topped the regular season table to secure an automatic passage to the final, they won the toss in the decider and opted to put in the opposition in front of a sell-out crowd.

It proved the right call too by Du Plessis as there was no explosive start or middle-over burst by the Spartans despite boasting plenty of wickets in hand.

Kerwin Mungroo (1/21) and Udana were outstanding up front, with Bjorn Fortuin (0/23) and Shamsi following closely in their footsteps.

Apart from De Villiers, Dean Elgar (22 off 22 balls), Heinrich Klaasen (21 off 19 balls) and Pite van Biljon (19 off 20 balls) all got starts, but not those associated with 20-over cricket – which ultimately proved damaging to the run-rate.

They had reached 91 for three in the 13th over, but the kick needed in the end did not arrive as they eventually limped to 147 for six in what was Mark Boucher’s farewell match, before assuming his position as South Africa coach this week.

Davids then went berserk at the start of the reply, plundering the bowling to all parts of Boland Park – much to the delight of the partisan hope crowd.

He put on 80 for the first wicket with Cameron Delport (18), before a riveting 52-run stand between Pretorius and Davids in just 5.3 overs put Paarl on the brink.

Du Plessis then finished the job alongside the local hero Davids, completing a memorable competition for the home side more than five overs early.